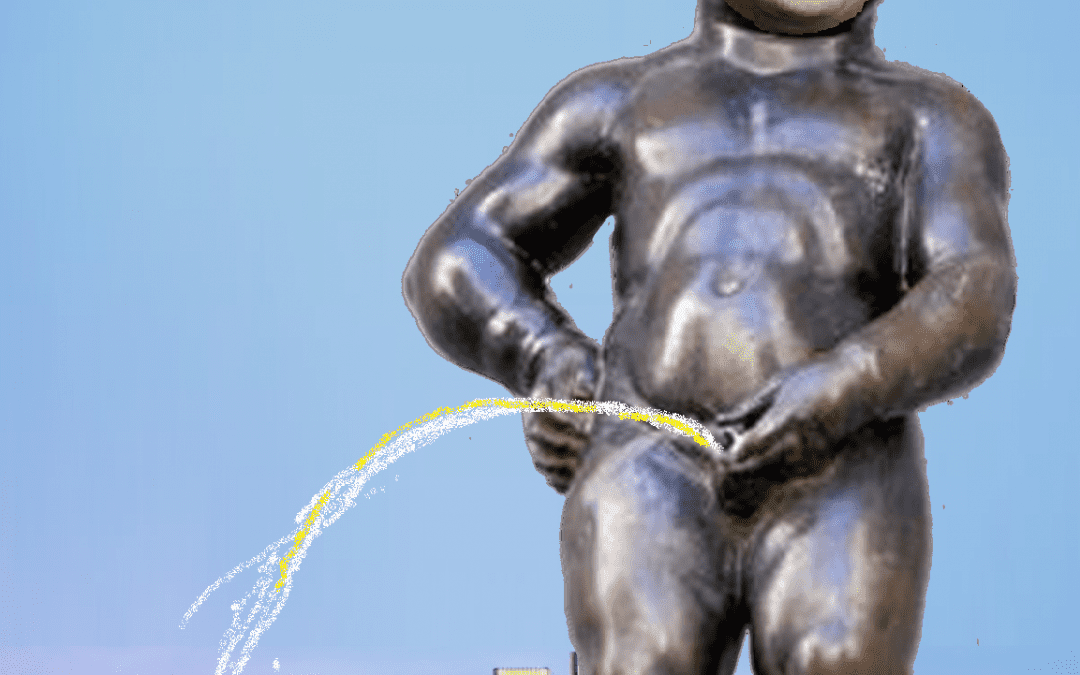 In 2010, writer Martin Patriquin wrote a cover story for Maclean’s Magazine that claimed Quebec was the most corrupt province in Canada.

The piece was immediately controversial. Then-Premier Jean Charest had just wrapped up two days of testimony at an inquiry into political cronyism, and Quebec politicians began scrambling to defend their province from the hyperbolic cover. “We were aware that some of our readers might find the cartoon on the cover to be provocative,” the magazine said, “but we think that the articles should be read and judged based on their own merits of fair and credible journalism.”

Since then, countless news stories and events have led this writer to believe that the title of Most Corrupt Province has a new champion, and her name is Alberta.

Oh, don’t look so surprised. Perhaps the main difference between the Quebec of the early 2000s and present-day Alberta is the quieter way in which Alberta conducts its putrid, unrelenting form of dirty politics.

The Klondike Papers, a dossier comprised from the saved communications of political fixer-turned-whistleblower David Wallace, provides excruciating and often incriminating details of well-known political figures and their operatives creating havoc inside the province of Alberta.

Let’s examine some of the stories that have made the news over the past couple years.

Jason Kenney – The former premier was inundated with scandals of his own making before he resigned earlier this year. In December 2021, just hours after he instructed residents of Alberta to cut their social contacts in half to help minimize COVID-19 spread, 200 UCP supporters gathered at Parlour Italian Kitchen and Bar, just 6 blocks north from the Alberta Legislature where Kenney made the public safety announcement. The crowd included Justice Minister Kaycee Madu.

Rabble did a great job covering the top scandals of 2021. You can find that list here.

Other scandals have plagued the UCP, including the Kamikaze leadership scandal where Kenney and his senior campaign team and then-candidate Jeff Callaway allegedly contravened Alberta law by using his candidacy to propel Kenney as leader over rival Brian Jean.

That scandal also put political operative Alan Hallman in the news…again. Hallman, who already had a fairly sordid history in Alberta politics, is one of the operatives who had recruited Wallace to come to Alberta where he began working for various political clients, including the former Attorney General of Alberta, Jonathan Denis. According to Wallace, Hallman recommended Wallace to Denis.

Wallace was the subject of a recent pod series by Canadaland called Ratfucker, which expanded on many of the stories first unearthed by Blackballed.

Denis was implicated in several scandals over the past year, including hiring Wallace to get the phone logs of former Calgary Herald reporter, Alanna Smith. The alleged motive was to discover who Smith’s sources were in a report over Denis violating COVID rules via a wedding reception he threw.

You can actually see his liver failing in real-time. Also, this appears to be a racist prank phone call… pic.twitter.com/0EOK98zCh8

Denis made the news again when videos surfaced that appeared to show him mocking Indigenous people. Denis claims the videos are deep fakes, but most experts say this is highly unlikely.

Most recently, as detailed on Blackballed, Denis was implicated by Wallace’s former landlord in the theft of Wallace’s belongings from a house set up for him by Denis and Hallman. Wallace had blown the whistle on a job he was given to hand over an ex member of the Plymouth Brethren Christian Church, Richard Marsh. Wallace says he did not sign up for what he felt amounted to a kidnapping, especially after discovering the details he was given were untrue, such as Marsh having an outstanding criminal warrant. Marsh had been on the run from the PBCC, who many experts consider a dangerous cult, and Wallace refused to hold Marsh when he successfully found him after months of investigating.

Then things got interesting.

Yesterday, Calgary businessmen and brothers Mike and Maurizio Terrigno sent emails to this writer claiming Denis was in fact the person who stole Wallace’s property, including toys belonging to Wallace’s children. The next day those items were posted on social media with claims that they had been urinated on. The items includes the ashes of Wallace’s unborn child who was still born.

The Terrigno brothers also claimed in the emails that they were the ones who urinated on the toys and furniture.

Blackballed reached Denis by phone and he requested all questioned be emailed to him. He did not respond to that email.

Blackballed also responded to Mike and Maurizio Terrigno who, after admitting their role in what some are referring to as Pee-Gate, did not respond to follow-up emails.

Blackballed will provide updates to this breaking story when more information becomes available.