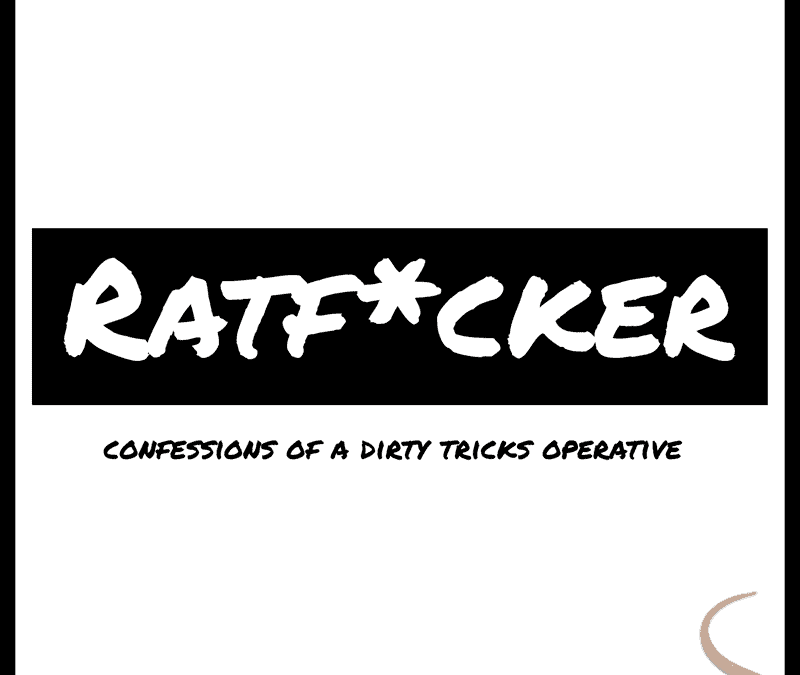 CANADALAND owner Jesse Brown has some explaining to do.

Shane Wenzel, owner of Shane Homes, and his mother, Edith, filed a statement of claim in a Calgary court claiming that Canadaland Inc. had libeled them after Brown featured a story about a “big store con” in which political fixer David Wallace attempts to entrap former Calgary mayor Naheed Nenshi in the opening episode of his pod series Ratfucker.

Wallace’s dossier, the Klondike Papers, appears to show the Wenzels meeting with Wallace and Calgary conservative Prem Singh to concoct a scheme to set up Nenshi by promising to flood the city with Russian money for new real estate development. The desired outcome was the eventual removal of Nenshi from office.

The evidence seems compelling, especially since the Wenzels did contribute $50, 000.00 to the scheme, despite describing Wallace as an ‘unsavory” character.

From the Calgary Herald: In an Oct. 31 article, Canadaland suggested leaked communications, known as the Klondike Papers, showed “Edith Wenzel, co-owner of real estate development firm Shane Homes, and her son, Shane, communicated with (Prem) Singh about the plot,” the claim states.

“Edith Wenzel wrote to Singh that she met with Singh and her ‘unsavoury’ friend three times, who she also referred to as Singh’s ‘dark acquaintance.’ She wrote that although she found the ‘scheme’ suspicious, she still contributed more money to the effort, as did her son Shane — in ‘an amount he couldn’t afford,’ ” the lawsuit quotes the article.’

“The price for the job, Wenzel was told, had now grown to $50,000. Wenzel wrote that she was unaware of the details of what the scheme involved, and should not be considered a partner to the plot.”

Wallace and Singh are also named in the libel suit, as well as two Canadaland employees.

“The Canadaland defendants falsely and maliciously published or caused to be published on the Canadaland website an article titled ‘Calgary conservatives plotted to entrap and oust Mayor Nenshi in ‘big store con’ scheme: Political fixer David Wallace says he was paid for failed Operation Peacock’,” the lawsuit says, according to Post Media who obtained a copy of the suit.

The series Ratf*cker by @JesseBrown, @cseucharan & @CANADALAND was an important series, even if much of it was already covered by Blackballed & @DBlundellNet.

Our focus continues to be the victims of the PBCC, not credit for being 1st out the gate.https://t.co/wbnSbClZQP

Wallace has been stirring up controversy ever since he became a whistleblower, lifting the curtain to expose the dirty tricks he had been paid to execute by conservative operatives and politicians. Several stories found inside the Klondike Papers have already been published by this network via the Blackballed podcast, Press Progress, the CBC and other outlets.

If the Wenzels follow through with the lawsuit, it creates an interesting ripple effect where Brown and/or Wallace can depose certain witnesses who probably would rather not testify. Several high profile conservatives are mentioned in the Klondike Papers as being a part of the scheme, including Alberta Premier Danielle Smith, who was rumoured to be a cooperating media figure who was allegedly slated to break the Nenshi story if the scheme was successful. Singh mentions her by name in her communications with Wallace.

This will get interesting.

David Wallace, who allegedly was paid to mastermind the framing of ⁦@nenshi⁩ will have an opportunity to testify, call witnesses, and do an expose on #yyc shady operatives.#ableg #abpoli https://t.co/rwb25JwX5o

Wallace says he has not yet been served in the case, and added, “If they want to see this through, I hope they are prepared to watch their friends become uncomfortable.”