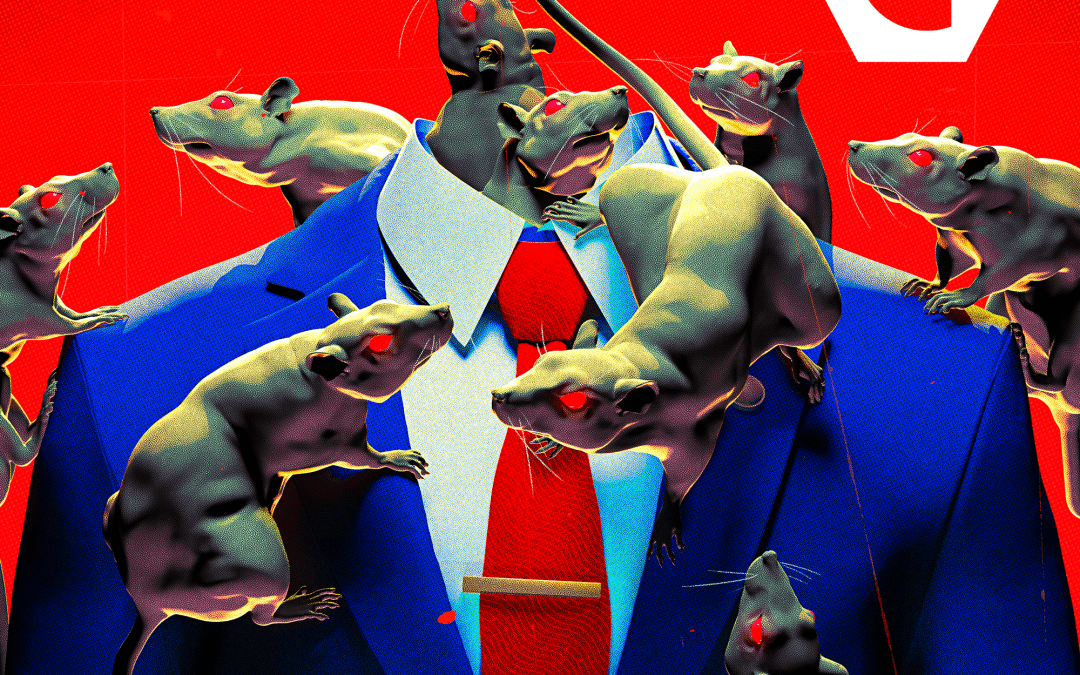 For the most part, my excitement was well-placed. Brown did a great job getting more eyeballs onto the story, especially the part of the story dealing with the Plymouth Brethren Christian Church. I had been interviewing ex members of this reclusive cult for 8 months, and was excited to see another podcast take on the story.

Ratfucker tackled the subject of the dirty side of politics quite well. Wallace’s treasure trove of information detailed in his communications dossier known as the Klondike Papers, the document organized and disseminated by ex PBCC member Richard Marsh.

The vast majority of reporting inside Ratfucker dealing with the PBCC was not new as we had covered those stories on the Blackballed and Dean Blundell Show podcasts. We are unsure as to why the series seemed to go out of its way to not mention these previous reports, but in the grand scheme of things it is not all that important.

When we cover these stories detailing the PBCC’s actions and alleged criminal activities, we don’t do it to be credited as first out the gate. We do it for a few reasons; we want justice for the victims of the cult, we want to see Bruce Hales and other PBCC leaders brought to justice, and we want legacy media to get off their asses and spotlight the connections between the cult and domestic politics.

On the peripheral were stories like Nathan Jacobson alleging he was asked to “take out” Justin Trudeau, Michael Yurkovich’s recording asking Wallace to bring him the “leg and the arm of Nathan Jacobson,” all of the stories relating to the abuse allegations coming out of Maple Creek, and a handful of other stories. All of these were covered by us at the Dean Blundell Network months ago.

As an aside, it is worth noting that the story Ratfucker opened with – that Wallace had been hired to set up Calgary mayor Naheed Nenshi in a bribery scheme – was a story I had been sitting on for weeks. I phoned Brown a week before Ratfucker was set to launch and told him that as a gesture of good faith I would not scoop CANADALAND and offered to sit on the story until Ratfucker was out.

In exchange for me allowing Brown to break that story I asked him to appear on Blackballed. To his credit, Brown kept his word and I interviewed him and Cherise Seucharan on November 1st, a day after Ratfucker made its premiere.

Despite much of Ratfucker being a collection of recycled stories from our work at the Dean Blundell Network, we are thankful another outlet has taken our work and expanded the investigative reporting.

Brown did much of the heavy lifting, for sure. He did appear to go out of his way to omit the work we had done, but that’s par for the course for Brown. But the main goal for us isn’t accolades, it is trying to find justice for the victims of this cult.

Blackballed and the Dean Blundell Network will continue to unearth stories and will update you when that happens.