What if the Plymouth Brethren Cult Was a Person? 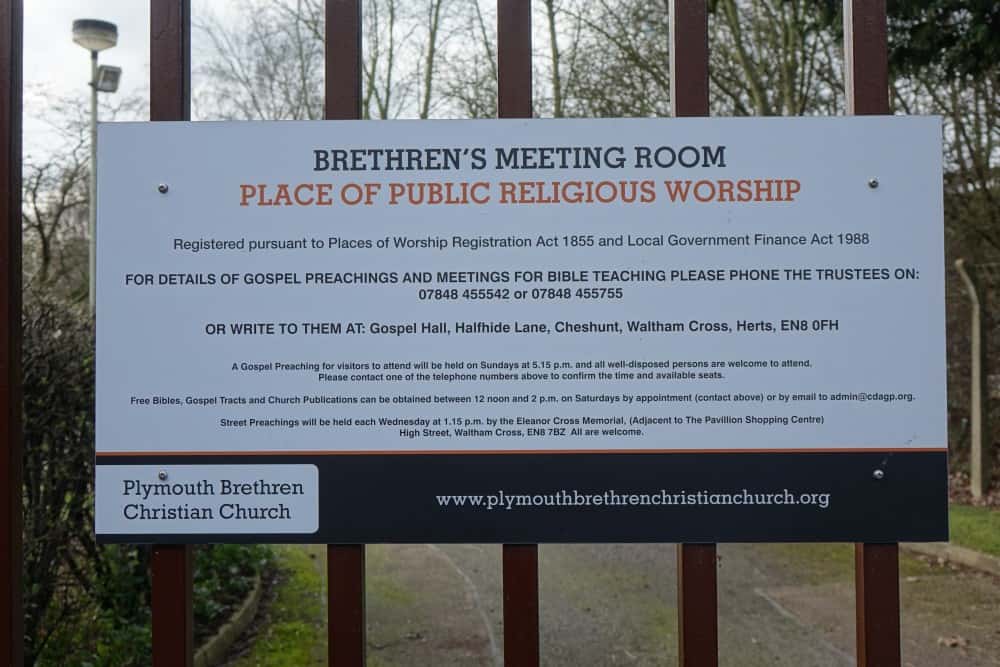 I have been growing frustrated over the past 6 months or so.

I have been covering the stories behind the cult known as the Plymouth Brethren Christian Church, an organization steeped in misogyny, abuse, political connections, and the added bonus of members believing the cult’s leader is a living deity.

It’s that last characteristic that bothers me the most.

Some say the Plymouth Brethren are misunderstood by outsiders. Some say they're a cult.

And for one reformed political fixer, they're a big problem.

Episode 2 of me and @JesseBrown's newest @CANADALAND series is out today. Take a listen.https://t.co/PFfCtoImSU

So I’ve interviewed various ex members of the PBCC, many of whom had been abused at the hands of elders within the cult, and have been listening to CANADALAND’s ‘Ratfucker’ pod series, which I highly recommend, but have yet to see any mainstream coverage of this cult.

So I figured I would help explain why more people should be interested in this organization by pretending the PBCC is an actual person. Let’s call him Bruce, for no apparent reason whatsoever.

Meet Bruce. Bruce lives his life according to strict religious guidelines. Bruce doesn’t let his wife speak unless Bruce gives her permission to do so. Bruce believes a woman’s role in life is to be domesticated. Bruce’s wife cooks, cleans, has babies, and takes care of those babies.

Bruce also gives a massive amount of his money away to a man who lives in Australia.

Bruce has physically and sexually abused young boys and girls. But Bruce has not fac ed any justice because he is the law onto himself, and would never rat himself out. Bruce is far too important to let his own abuse cause his own downfall.

NEW: The Church, the Conservatives, and the COVID contracts https://t.co/5WGZZ97NO3

Bruce has loads of political connections. He often receives boat loads of money from these connections for things he has no business doing. If a person in politics doesn’t give Bruce any money, he will hire investigators to dig dirt on these politicians so he can get his way.

Sometimes politicians are so happy to receive Bruce’s support that they place Bruce in the front row when they deliver their victory speech.

One time, Bruce put investigators on a sitting Prime Minister. No one seemed to care.

Sometimes, people want to leave Bruce’s circle, and when that happens Bruce gets very, very upset. Bruce will spend a lot of time and money hunting down these ex-friends, often using the love those ex friends have for their families as a way of manipulating them into silence.

A few times, when Bruce found out a follower of his was gay, Bruce would find a doctor to give that gay person the same drugs that are sometimes given to convicted pedophiles. Bruce would rather chemically castrate gay people than let them live their lives.

If a person if able to escape Bruce’s clutches, Bruce will make sure that person never speaks to his family ever again. Bruce calls it the Doctrine of Separation, and he uses it over and over again.

I know what you are thinking; Bruce sounds like a peach!

Well, he isn’t a peach. He’s a menace, and a bully, and a liar, and a thief, and an abuser of children, women, and men.

Bruce is the Plymouth Brethren Christian Church, and it is about time we ask governments to stop giving in to this cult. If they don’t, they should be viewed as nothing more than accomplices.