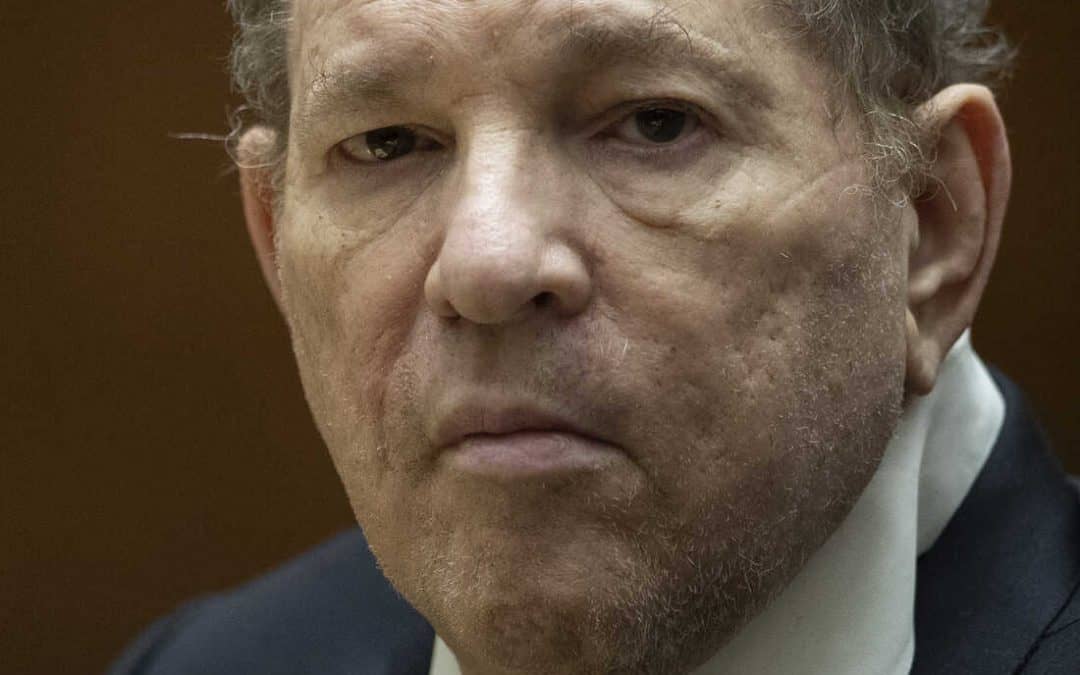 Disgraced Hollywood producer, Harvey Weinstein, is back in an LA courtroom, this time to face 11 counts of rape and sexual assault.

Weinstein, who is currently serving a 23-year sentence after being found guilty of rape and sexual assault in a New York courtroom, was present for jury selection and even waved to jury members as they were being introduced.

NEW: Jury selection begins today in Harvey Weinstein's criminal trial in Los Angeles where he will face sexual assault charges levied by 5 women. The Times has learned the victims include the First Partner of California, Jennifer Siebel Newsom. https://t.co/5iM9IkCXUH

“Like many other women, my client was sexually assaulted by Harvey Weinstein at a purported business meeting that turned out to be a trap,” Newsom’s attorney Elizabeth Fegan said in a statement. “She intends to testify at his trial in order to seek some measure of justice for survivors, and as part of her life’s work to improve the lives of women.”

The stakes for Harvey Weinstein's second sex crimes trial, which begins Monday in Los Angeles, were heightened after New York's highest court gave him a hope of walking free. If Weinstein wins his New York appeal, this second case would determine his fate. https://t.co/bNSQGH3wRj

The charges Weinstein faces include 4 counts of rape and 7 charges of sexual assault. Witnesses and victims from the New York case are allowed and expected to testify, and the original witness list included 270 names but roughly half that are expected to testify.

Weinstein was just granted the ability to launch an appeal in New York for his earlier convictions, making this case the one that could determine whether or not he spends the rest of his life behind bars.