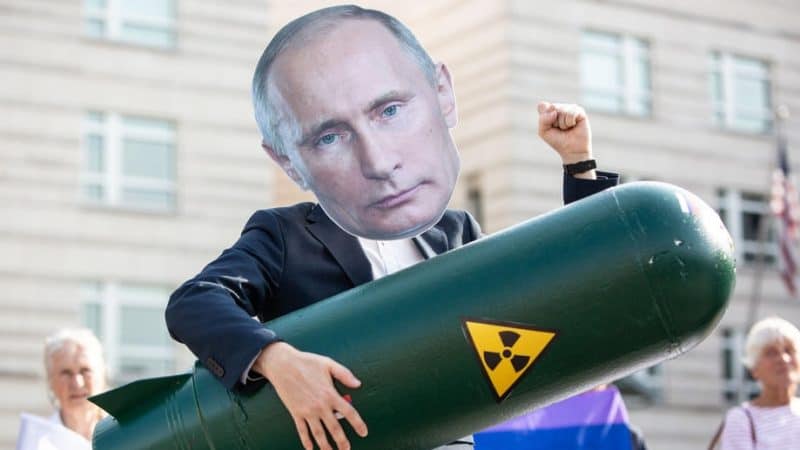 Almost 8 months ago, Russia invaded Ukraine and thought they were going to win in a cakewalk. Vladimir Putin, emboldened by his successful annexation of Crimea, likely believed the lack of international intervention in 2014 meant that they could easily cruise to victory when they invaded on February 24th.

Instead, Russia has seen it’s military collapse under the weight of it’s own incompetence and lack of preparedness, culminating recently via the destruction of the Kerch Strait Bridge. The bridge was a key crossing for Russian military vehicles and equipment, and in one fiery explosion Russia’s key supply route was gone.

"If attempts to carry out terrorist attacks continue, Russia's response will be severe and at the level of the threats facing it. Nobody should be in any doubt." pic.twitter.com/fsingDkhd8

But in the days before the bridge came down, a litany of articles were being written about the possibility of Putin resorting to using the unthinkable – nuclear weapons.

Recently, Blackballed welcomed urban warfare expert John Spencer to the show, and he wasn’t too impressed by the endless stream of articles written about Putin’s nukes.

Spencer cited rules about how nations states interact with each other, and said there is virtually one guarantee if Putin were to use weapons of mass destruction. He said he doesn’t believe journalists who speculate about Russia using nukes are informed.

“Nobody is threatening the survival of Russia,” Spencer continued. “If Putin used a nuclear weapon it would end the Russian regime, and the Russian Federation.”

“If Putin wants to stay alive, he doesn’t have that as an option.”

Spencer added that the success of Ukraine has been surprising, mostly because Russia had inflated their military prowess, and nobody really knew the wrought that existed under the façade of a once-mighty power. Despite the weakness of the Russian military, Ukraine seemed largely outmatched when the war began.

“The only thing that saved Ukraine in the beginning, was a nation defending their right to be free,” Spencer said.