Poilievre Victory Makes Trudeau the Hilary Clinton of the Next Election 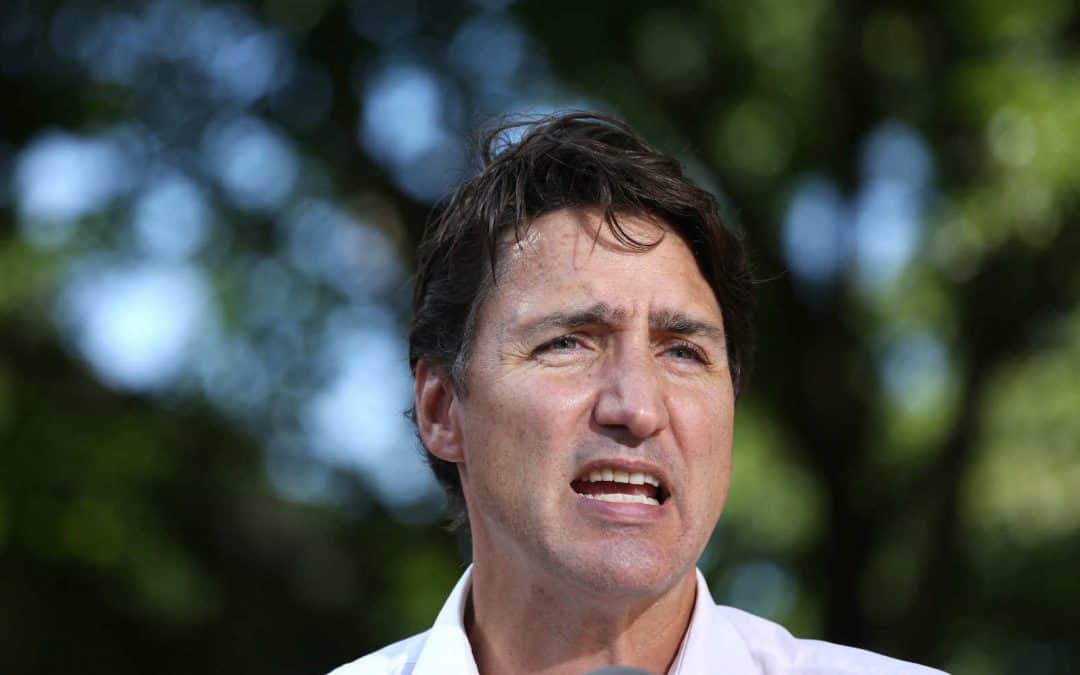 Those were the words of Hilary Clinton supporters during the 2016 campaign VS Donald Trump, an election that was supposed to be a cakewalk but turned into victory for the guy who spoke solely for the angry, the fearful, the cynical, and the conspiracy theorist.

Last night Pierre Poilievre became the Donald Trump of the next election after he won the leadership of the Conservative Party of Canada. He won it handily, with 68% of the vote, and thus started the next chapter of politics in Canada.

Pierre Poilievre, concluding his first address as Conservative party leader, quoted Prime Minister John Diefenbaker’s July 1960 speech to the House of Commons during debate on the adoption of the Canadian Bill of Rights: “I am a Canadian, a free Canadian…” #cdnpoli | #cpcldr pic.twitter.com/3hon2TWzO8

Let’s not water down what we have seen from Poilievre over the past year; a Pied Piper of extremists who used the existing fear and visceral hatred of Trudeau to his advantage, fanning the flames of division and using keywords that trigger the “FUCK TRUDEAU” crowd; words like elitist, globalist, George Soros, woke, and yes, Justin Trudeau.

All of these words were uttered ad nauseum by Trump before, during, and after his presidency. Trump exposed polarization and used these keywords to activate an angry sect of the populace, turning America into a carnival of unbridled populism. 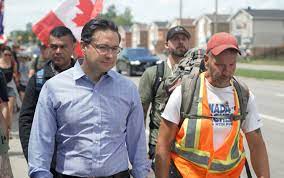 Poilievre seems to be aiming to do the same to Canada. He even used his victory speech to take a shot at the country after informing the audience that seated among them was not just his adoptive parents, but also his birth mother who gave him up for adoption.

“We’re a complicated and mixed up bunch…like our country,” said the man who helped the mixed-up remain that way.

All of this presents a dilemma for the Liberals. Trudeau, whether supporters are able to see it for themselves or not, is one of the most polarizing figures in Canadian history. He isn’t bombastic, or a dog-whistle peddler, or a conspiracy theorist. He isn’t a fire-breathing religious fanatic or pathologically anti-union.

Trudeau has an entirely different brand of divisiveness. He virtue-signals endlessly, using a lecturing tone that many of us find cringe-worthy. His supporters will say I am confusing inclusivity for divisiveness, but that’s just a deflection because the side they loathe so much doesn’t share his values.

Liberals refuse to even contemplate how a dreamy progressive like Trudeau could be considered divisive. When the vaccine rollout was happening, Trudeau threw red meat to those who were already demonizing the vaccine-hesitant. A leader in that situation should be speaking to the entire country and finding the right words that would encourage those fearful of the vaccine to take it. Instead, he made a rookie mistake by handing his political enemies a gift in the form of name-calling, insults, and lectures.

Now that Pierre Poilievre is leader of the @CPC_HQ, the Liberals have a choice to make: turn the next election into the most divisive election we've ever seen, or convince Justin Trudeau to resign.

I know, he's not going to resign.

You thought we were polarized today…

His blubbering overtures to sacred cows of the left, manifested through ridiculous monikers like “she-cession” or “peoplekind” may seem benign, but they fanned the flames of cynicism in this country and made it impossible for even moderate Canadians to support him.

People like to take sides. They enjoy pointing fingers at political opposites and hate it when they are being criticized. Yesterday on Twitter I called Trudeau polarizing, and the majority of comments were immediate deflections away from criticizing Trudeau and towards eviscerating Poilievre, a form of political whataboutism so engrained that they can’t come to terms that they might be part of the problem.

But they are, clearly.

Hilary Clinton had a similar veneer smeared all over herself, a self-imposed layer of infallibility given the obvious and odious behaviour of her opponent. Her hubris is similar to Trudeau’s – how can anyone not like me when that guy is the other choice?”

Polarized people can't see the flaws in their own candidate. If that candidate is criticized they'll deflect to the other candidate.

If I call for Trudeau's resignation, it's in the context of "if the Liberals want a better shot at winning he should resign."

Which is true, btw. https://t.co/DYGwzRlF9R

Then she found out what most of us already knew – she wasn’t as repugnant as Trump, but half the country still despised her. She rode that hubris all the way to second place, and then acted surprised when her strategy of incessantly pointing at Trump utterly failed.

So instead of crying when someone criticizes the perceived nicer politician, maybe take a moment, suspend your hatred for Poilievre, and conduct a thought experiment where you actually examine Trudeau’s record, his style of communicating, and his relentless pursuit of coming off as a virtuous life coach rather than a strong leader.

Then perhaps you might understand that it is too late for Trudeau to win most of us over, his personal brand of Cringe King cemented and sturdy. The Liberals, like the Democrats, are choosing the least likable candidate to continue leading them, rather than find new blood to remove Poilievre’s most coveted chess piece in his path to victory.