Welcome to Canadumb: Population – You 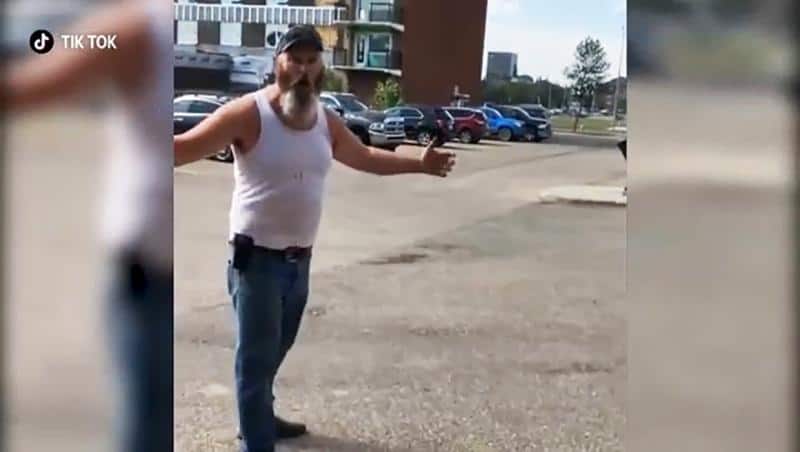 I swear we are never going to have nice things again.

In case you missed it, last week was an exceptionally stupid week in Canada, and I am starting to think we deserve it.

Let’s take a look at some of the highlights…

Deputy Prime Minister/Minister of Finance Chrystia Freeland was verbally accosted while in Alberta by a man wearing a wife beater who may or may not have been day-drinking. He called Freeland a “fucking bitch” and said she was ruining the country as he followed Freeland and her staff to an elevator.

When I saw the video a few thoughts came to mind. First, it was fitting that he was wearing a wife beater. Now, I am not saying he beats his wife, but he probably beats his wife. Second, how could anyone who watched that video not understand that this man is a gross example of everything wrong with our civil discourse?

All someone has to do is prove that Freeland isn’t a “treasonous bitch” and Elliot will apologize.
But they can’t, so Freeland will remain a treasonous bitch. pic.twitter.com/eysJPaWRuj

Turns out this country is chalk full of dummies who reflexively dismiss video evidence of clear intimidation of a female public servant. Rather than make a reasonable judgment, these dummies deflected to random examples of when someone said something mean to politicians they liked, instead of defending Freeland who they clearly despise with the force of a thousand dummies in wife beaters.

The hypocrisy required to dismiss The Great White Wife Beater and his harassment towards Freeland is just the latest example in a nation where hypocrisy is now a sport rather than a symptom of political differences.

Blackballed attempted to reach out to The Great White Wife Beater but he just kept slurring the words “libtard” and “Trudope” repeatedly before hanging up because Hee-Haw was about to start.

Speaking of quality television, last week celebrity anchorperson Lisa Laflamme was let go from her gig at CTV News. Rumours swirled as to how it was possible that Bell Canada, a company known for firing people in order to redirect profits to shareholders, could fire someone who played no significant role in journalism itself. Was it because she had gray hair? Was it because she was a woman? Was it because most people get their news from the internet and Bell thought paying her 350K/year was a ridiculous concept in 2022? We will probably never know.

"Her departure, while potentially unfair and unwarranted, means absolutely nothing to the quality of journalism itself."https://t.co/Gsz9wfIJd4

Then it happened, an outpouring not seen since Ellen DeGeneres cried about being trapped inside her 65, 000 square foot compound during the pandemic. Canadians from coast to coast to coast began losing their collective shit over the firing of a person whose overpaid existence proves journalism is dead. WON’T ANYBODY THINK OF THE LOST REVENUE IN YORKVILLE BOUTIQUES??!

The travesty of Laflamme losing a job that plays no significant role in journalism was so profound that several other spoiled and misguided, prominent Canadians rallied to Laflamme’s side, demanding that Bell explain itself because as we all know Bell Canada has a great track record of being specific whenever they fire people.

The dumb in this country can be smelled from Victoria to St. John’s, like the post beef jerky fart that The Great White Wife Beater no doubt wafts into his wife’s face with glee every single morning.

This is where I would normally write some sort of plea about how it doesn’t have to be this way, but I’m pretty sure this is who we are now – a nation of bumbling morons to steeped inside our own progressiveness or conservativeness to manage a worthwhile thought, let alone a complete about-face in how we manage ourselves and our criticisms of others. Instead, all of us should just park ourselves on the floor and drink from the dog bowl of dumb until this country finally implodes.

So lap it up, Canada. You deserve it.