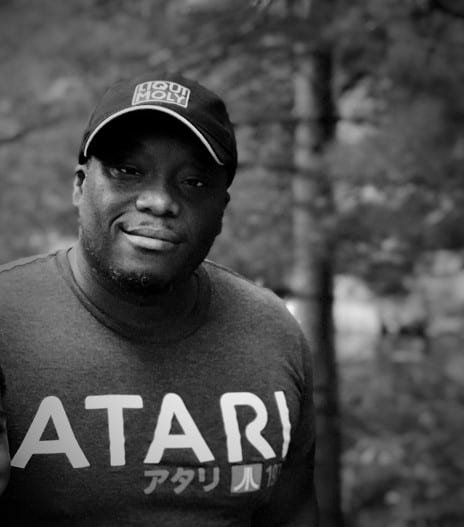 A legend and friend passed away recently. His name was Sheldon Moore, aka S-Luv. This is for him and those of us who loved him.

Tell me if this sounds familiar
You go into Nigel’s house
Say hello to his mom, then head to the basement
On the way down you can hear it
The sound of his fingers on the MPC
And you smile

Quietly, you take off your coat
And begin firing off rhymes in your head
And wonder if that beat is up for grabs
But it isn’t
That one is for Nigel
And you don’t flinch
Because his crate is bottomless

He hears you take off your coat
But doesn’t yet turn around
A minute later he turns to you
And gives you that smirk
That casual, beautiful smirk
And it somehow makes you feel
Like a student, and a peer

Nigel comes down after doing a chore or two
Says your name followed by “How you doing, man?”
Before dropping 16 over the beat you heard
When you came in
And it is so dope you begin questioning your own shit
Sheldon sees your thoughts and offers advice
You should always take it

Here’s the thing; his music is near flawless
He gives you 3 beats to inspire you
And your head is still nodding as you make your way home
Determined to apply his advice to your lyrics

The next morning lyrics are swimming in your head
Your neck hurts, stiff and cramped
And you realize it isn’t because of the beat
It’s from looking up to a King