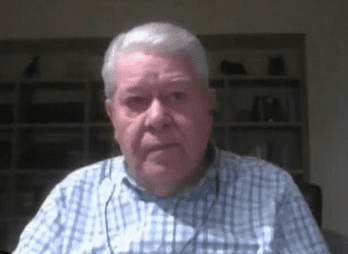 He used to be part of the machine that helped destroyed lives. Today, he is speaking out against the Plymouth Brethren Christian Church, the cult he once was at the helm of in Australia.

Ron Fawkes was a formidable figure inside this secretive cult. Fellow ex-member Richard Marsh remembers praying for Fawkes from his PBCC locality in the United Kingdom, despite never meeting the man. For all intents and purposes, Fawkes was something of a celebrity in the PBCC.

Then, in 1984, after what many believe was a power grab orchestrated by the late former leader James Symington, Fawkes was forced out of the cult, leaving behind his wife and six children. For years he lived like a hermit, heart-broken and confused, desperate to reunite with his family.

Today, Fawkes is happily remarried, but hasn’t seen his six children, nor his 22 grandchildren, since his excommunication. He tried once by knocking on the door of his old family home, but when one of the children answered the door and saw their father, they slammed the door in his face.

“I love my children deeply to this day. I don’t blame them for the separation. I blame the Brethren Doctrine,” Fawkes said.

This is what it is like to be a part of the Plymouth Brethren Christian Church.

When I arranged for Fawkes to appear on Blackballed, I wanted to know what it was like being a high-ranking member of the cult. He began sharing some of the details, but then pivoted into an admission of utter guilt for the role he once played in helping to dismantle families and oppressing his flock. It was an emotional, unprompted moment and one that had an immediate impact on myself, and the ex members who messaged me afterwards.

“To my shame I have also been involved in custody cases, of which I have deep, deep regret and shame about it,” Fawkes said, referring to his role in separating loving families as a cult elder.

You have to look at these stories in the proper context. To PBCC members, Fawkes was one of the most powerful and divine figures. He shared other details with me, including the perception among members that whoever is Universal Leader has the ability to speak directly with Jesus Christ himself. Having JC on speed dial sounds completely insane to most people, but when you are born into a cult like the PBCC, knowing your leader has a direct line to the big JC is just par for the course.

Fawkes doesn’t recognize the man who once presided over the Doctrine of Separation, a policy that forces family members to side only with the Brethren in matters dealing with excommunicated family members. His guilt saddens him, and he is living his days periodically speaking out against the cult when he can. His faith in God is stronger than ever, especially now that he understands how to exercise his faith without it being weaponized against him and the ones he loves.

He had a message for members still buried under the deceptions of the PBCC:

One of the many things I have learned since covering this cult is that I have a new respect for people and their belief systems, even if I do not share those beliefs. They’ve been through enough without having to hear my criticisms about religion.