Writing About A Cult is Scary and Necessary 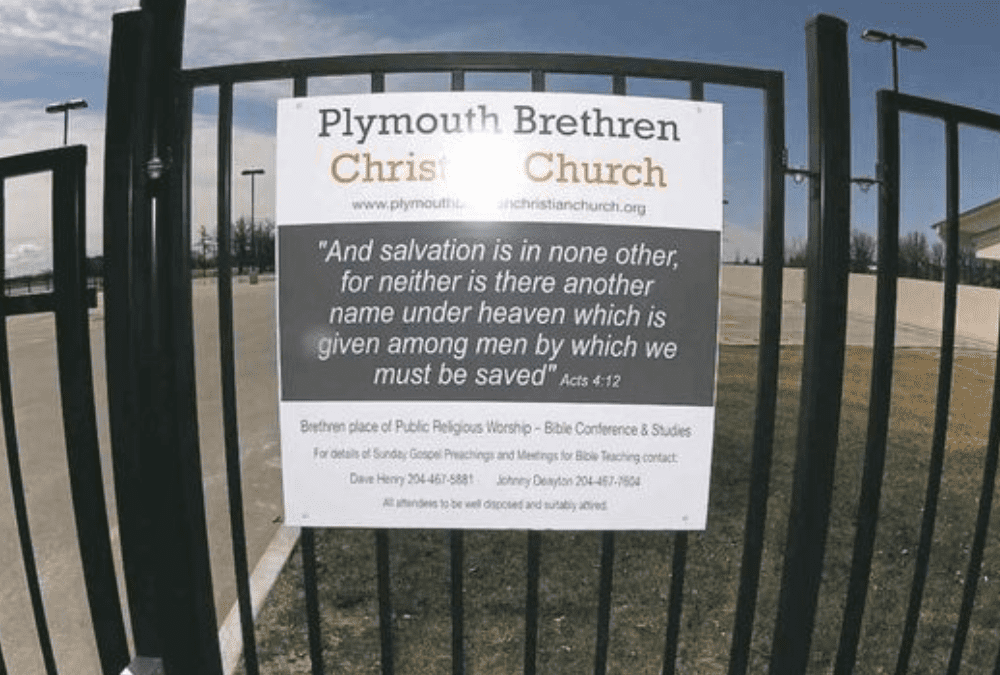 It’s been a crazy few months.

That could be the understatement of the decade. I mean, I always liked getting into trouble, but in the past I had this habit of getting ion trouble for the sake of it. I wore it as a badge of honour – to get in hot water and brand myself as a maverick of sorts. But most of the time my antics would be forgotten by the next day. Whether it was me saying something controversial, or taking a position that went against the status quo, there was a part of me that was always a little more mischievous than principled.

And then I started interviewing ex members of a cult, and everything changed.

They are called the Plymouth Brethren Christian Church. They boast over 50, 000 members worldwide, an isolated tribe of super-believers who keep women in their place and profit immensely from suspicious government contracts through their countless, cult-owned businesses. To give you an idea, PBCC owned businesses have made 4 billion dollars (CDN) in government contracts since the pandemic began in 2020.

Blackballed welcomes Carmen Drever back to the show @jamesdifiore https://t.co/mAl5tlSspC

Not bad for an organization whose members believe their present-day leader, Bruce Hales, can speak directly with Jesus. No, I’m not kidding. Hales is a billionaire Australian, the recipient of what cult members refer to as a Levitical Tribute, a tithing of sorts from localities across the planet. Members attend a special monthly gathering, bring cold hard cash with them, stuff envelopes with said cash and send it directly to Hales in Sydney.

The Sopranos-inspired means of collection gives a glimpse into what many feel is the real motivation of this religious group where profits are propped up via prophets.

When I started interviewing ex members I thought it would be good content for a few weeks and that I would pivot to other topics, leaving all that cult coverage to others. Instead, I have now interviewed several ex members and have scheduled even more. Every day since I first interviewed cult escapee Richard Marsh, a man who was aggressively sought-after by the cult after blowing the whistle on a PBCC scam that defrauded the National Health Services in the UK, I have been hosting a steady stream of ex members who are clamouring to share their stories.

And every day since the interview I did with abuse survivor Cheryl Hope, I have been inundated with emails from around the world. These emails are tough to read. They often include details of sexual abuse and torture, methods the cult uses to manipulate children against their parents, and various other horror stories from people no longer in the clutches of the PBCC.

It’s heavy. I’m not going to lie, sometimes I just want to interview rappers and comedians and say the hell with all this cult shit. But I can’t. I have to see it through.

The best part is I have no silly hero complex or notion that I am a man making some sort of difference. Why? Well, that’s easy. The people I am speaking with, the ones who endured all that sexual torture, emotional, mental and physical abuse for generations, they are obviously the only heroes in this story. I am about as much as a hero as a blank sheet of paper, waiting for the ink to be dragged into words.

Because when you are faced with a story about malicious, long-tern sexual torture from a person who survived it, the last thing you think about is how awesome you are. In those moments, you just shut up and let the guest’s bravery do the heavy lifting.

And yes, there have been several red flags since this coverage – computer hacks, people parked outside my home and my writing retreat, countless attempts to download viruses on my phone and laptop, plus a few threatening phone calls to boot. But fuck these Jesus-using, flock manipulating, money-grubbing charlatans. They don’t deserve a free pass for the crimes they have committed.

They deserve the feel the wrath of every hero in this story. It’s just that I am not one of them. My life has been a carnival of stupidity compared to the actions of these ex members. No, that isn’t a humblebrag, or an attempt to inspire praise. It’s the truth. A lifelong class clown interviews heroes every week, and I won’t stop until every Canadian understands two things; these spiritual fraudsters operate unfettered, and they need as much of the spotlight as we can give them.

They can park outside my home as much as they want. All it means is the heroes I interview are starting to make a dent.