Afghanistan: How the Americans Trained Afghan Pilots To Be Indiscriminate 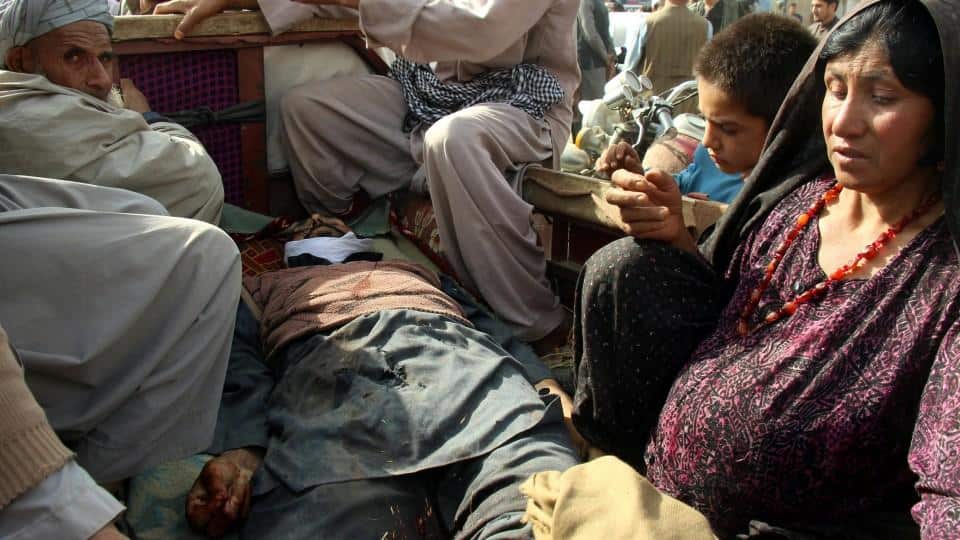 Hey, remember the War on Terror? Remember the 20 year war in Afghanistan that was fought under the ‘War on Terror’ banner? It’s ok. We know. You remember it but you barely ever think about it.

Emerging from the dust inside Afghanistan are the unsettling stories of those who felt the conflict up-close. People who watched their families perish under the weight of a laser guided missile. Many of those stories are heart-breaking, as is any time civilians lose their lives during an illegal invasion. All of the stories are sobering.

Obviously, this is nothing new. Wars ravaged civilian populations in the 20th and 21st centuries, whose deaths were measured not by overall numbers, but through an accounting created to tilt in the favor of military giants.

In the 20 year war in Afghanistan, where American military managed the Afghan Trifecta; attack the wrong country, stay there for two decades, and when you leave it falls right back into the hands of the very extremists who sheltered 911 terrorists, an estimated 50, 000 civilians over the 20 year war.

In Iraq, that number is estimated to be closer to 1 million dead civilians.

But Afghanistan was the first dark chapter of the ambiguously named War on Terror, a war with no end, and no regard for the lives of the civilians whose lives were lost or shattered by the war.

America’s Air Force even published this misleading statement on their web site.

‘As of May 11, 2018, A-29 Super Tucano pilots have supported approximately 30 Afghan ground missions with this technology, successfully dropping over 50 laser guided bombs on enemy targets.

“The Taliban like to hide in towns and places where civilians are,” said an Afghan Air Force A-29 pilot. “The Laser Guided Bomb lets me strike those places without hurting the local people.’

Many people without a deep understanding of military tactics or international law bristle at the notion that a superpower like the United States can release statement after statement professing to take great care whenever they launch a drone strike, an artillery strike, or any type of bombing campaign. But what do those military decisions look like in the planning stage, and why has civilian casualties become almost an after thought for military powers?

I don’t remember when #NATO was sectioned.
When
14.500 killed in Libya🇱🇾
165.000 bombed in Afghanistan 🇦🇫
224.000 dead in Syria🇸🇾
1 million 200 thousand dead in Iraq 🇮🇶
When #NATO invades and killed civilians it is to liberate the people and install democracy.
When other.. pic.twitter.com/ddhDYfOedd

A Canadian intelligence officer who spoke with Blackball Media on condition of anonymity says there is a deeply flawed process in place when conducting bombing campaigns against alleged warlords and terrorists, a two-tiered system that gives American intelligence agencies like the CIA an almost-unchecked ability to identify, target, and destroy targets, often with civilians paying more of a price than the actual terrorists.

“Canada does not have a foreign spy service but the US has several with the CIA being the most notable,” the intelligence officer said. “

The CIA drone program operated globally at the time I was in Afghanistan with strikes occurring against targets without coordination with us. Other NATO countries experienced unannounced drone strikes against targets in their areas and it was a significant problem because the military driving around would bear the wrath of the local population.

The calculus of the CIA drone strikes was remarkably different from ours. Some targets are of such a high threat that if he is seen at a wedding in Yemen they felt it was worth taking out the wedding party in order to get him.”

The inescapable realization that drone strikes would proceed even when the CIA knew their drones would kill scores of civilians is not lost on anyone who lives in Afghanistan, Pakistan, Iraq, Syria, Somalia, or any of the other countries bombed by America, in violation of international law.

Look how this NYT reporter heralded the Biden Admin's drone attack — which wen now know killed no terrorists but wiped out a whole family — as a pinpoint strike showing what "remarkable" intel the US has in Afghanistan.

“In Afghanistan deliberate strikes made against targets were regulated to a NATO standard. Military headquarters of each NATO country had “targeting” organizations who would stickhandle the requests up the chain. Countries operating in the theatre would have intelligence organizations that would identify Taliban members and place them on something called the “target list”- you could be a war lord, or a bomb-maker or a foot soldier, but once an individual got on the target list and the intelligence guys found his location (from a human source or from eavesdropping on his cell phone), the next phase would be to attempt to get eyes on him for Positive Identification (PID). PID could be photos, his voice on the cell phone triangulated to his location, or the meta data of the phone itself. Some of the would-be strikes were aborted because of the difficulty getting a PID where everyone has a beard and similar clothing.

The officer then pointed out the recent bombing in Kabul by the US as a good example where strikes were launched without PID, resulting in several innocent bystanders killed some in a car.

“OK, so let’s say we have a PID. The next question is what do we want to do? Is it better to capture him or kill him off?  That’s when we would do a risk analysis to determine whether or not we wanted to risk 40 guys and 5 helicopters or just drop ordinance on him.  Let’s say we just need him gone- the next questions are how and where and with what ordinance. Ordinance goes from a sniper bullet all the way up to a Hellfire missile. Whether a 500, 1000 or 2000 lb bomb is used it really depends on the target structure.”

The officer then explained what passes as a viable target worth the risk of civilian casualties.

“In the ideal scenario he is the lone occupant in a tent with no one around him for 1 km, but the that was difficult to achieve in Afghanistan because of the lay of the land and the distribution of the population. In the ideal situation we could drop some “dumb” bombs on him in a pattern to achieve a “close is good enough/over kill” effect.”

To hear how casually the military analyzes potential collateral damage/dead civilians is sobering for those impacted by the bombs that eventually dropped. He went on to describe other military options based on the target’s surroundings.

What we did after 3k dead in September 2001 vs 3k dead *every day* now – watch: pic.twitter.com/k4bgWHvqvi

“Maybe he is in a compound or a hut across the street from another family compound. In this case we were required to use a precision guided munition (PGM). In the cases where we thought our munition was still too dangerous to use because of the family across the street we would do something called “weaponeering”- which was trying to still make the strike work by determining an attack angle that would throw the blast effects into the target’s back yard instead of into the house across the street.

If he is holed up in downtown Kandahar city- then some serious math has to be done to figure out if it was possible to still take him out. If he was in a mud hut and all the buildings around him were concrete, if you used the right munition from the right angle you might be able to get him and the blast effects on the surrounding buildings might be left without substantial damage.”

Math. That’s what determined if a families mourned in Afghanistan. That’s what was standing in the way of a trigger-happy military and countless funerals – math.

How’s that for sobering?