Why does America keep spying on their closest allies? 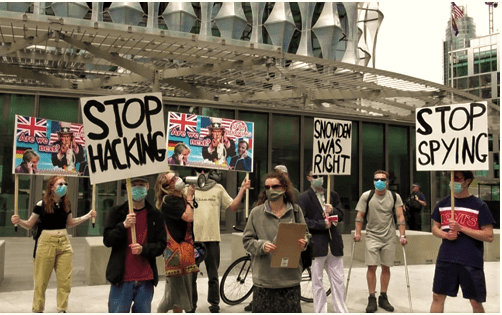 Another G7 Summit is over, and with it two political traditions that never go away; leaders from the G7 can’t take a decent photo together, and America keeps getting caught spying on their supposed allies.

This time it was discovered through an internal investigation by the Danish Defense Intelligence Service; The United States was granted access to Danish information cables to spy on German Chancellor Angela Merkel and other leaders. The spying took place in 2013-2014 under the Obama Administration, meaning current President Joe Biden was likely aware of the operation.

The worst kept secret in the world of state secrets is that everybody at least tries to spy on everybody else, but it takes a special zeal to get caught spying on your friends. The US spent the last 4 years clutching its pearls over Putin’s cyber crimes against American interests, so it is surreal to see the lack of media coverage when they are the cyber criminals. Enemies, allies, even American citizens are fair game to US intelligence agencies like the NSA or CIA, but the media only mentioned this story in passing. 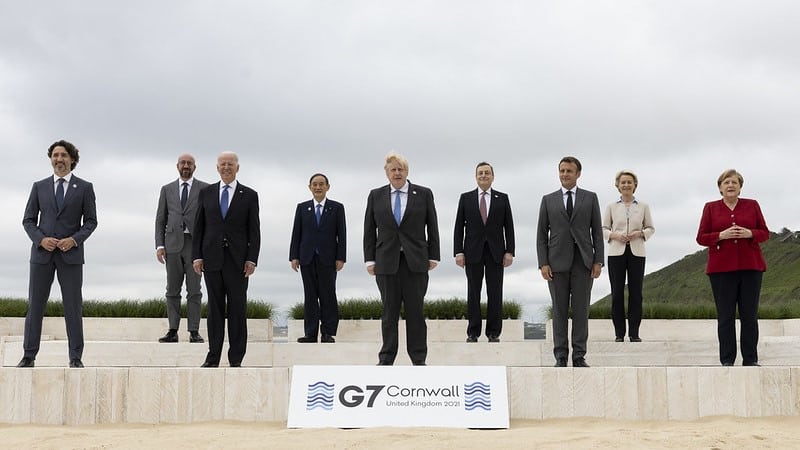 The Democrats, and by extension the media, spent the Trump years establishing better relationships with military leaders, hiring retired generals to work as pundits and foreign policy experts, and taking political advantage of Trump’s toxic relationship with virtually every bureaucracy in America’s intelligence and defense agencies.

For good measure, this latest revelation is known to the public because it was part of Edward Snowden’s original trove of data leaked through journalist Glenn Greenwald. With Biden back in The White House, the likelihood that Snowden or Wikileaks founder Julian Assange will receive clemency is now virtually non-existent.

But let’s not lose sight of the profound hypocrisy it requires for America to criticize any other country for how they handle their espionage activities. Or, let’s spend at least 5 seconds remembering that the CIA has assassinated world leaders, fomented tensions in various parts of the world, and was caught using mass surveillance programs against its own citizens.

Let’s flashback to 2009 when Wikileaks released cables showing American diplomats were directed to spy on UN leadership, including Secretary-General Ban Ki-Moon. Diplomats were also ordered to spy on the Security Council delegations of China, Russia, France, and their even staunch ally the United Kingdom.

Diplomats were ordered by former Bush administration National Security Advisor, Condoleeza Rice, to intercept telephone calls and emails from each state’s delegation. These are supposed to be viable working relations, not just another trough for the Americans to feed on, flexing their leverage as they eavesdrop on the same people they sit with at the negotiation table.

It pains me to rattle off the endless list of symptoms of an empire in decline, but a rodeo clown was president for 4 years, the aforementioned, liberal-leaning media aligned themselves with the very same military and intelligence officers they used to say should face prison time for war crimes, and now that they’ve been caught spying on allies again they have already spent the political capital they earned after defeating Donald Trump.

Biden is a career politician, well versed in political dark arts of saying one thing in private while keeping the public in the dark. But this type of scandal permeates throughout diplomatic channels, poisoning the good faith required when entering tough negotiations with international friends and foes alike. Long-term, diplomatic relationships are impacted, timelines for negotiations are extended indefinitely, and America’s leverage is watered down to the point where all they have left is a “do as we say” posture some nations are learning to reject.

Biden wasn’t president when the spying took place. He was Vice President, but his administration was supposed to signal to the world that America was back from its 4-year acid trip, ready to become the leader of the free world once again.

Instead, Biden is leading a nation with a massive credibility problem. The past two decades has already featured an illegal invasion of Iraq, the longest war in US history with Afghanistan, a failed proxy war against Russia in Syria and Ukraine, the rise of terrorist organizations like ISIS, the sharp increase in far-right domestic terrorism, and a citizenry that seemed to be on the brink of civil unrest less than a year ago.

But these kinds of intelligence operations won’t stop. It can’t stop. The mechanism that controls these operations is decades in the making, a top to bottom dragnet of the entire world’s metadata, voice recordings, email intercepts, and corporate espionage.

Other than that, everything is fine.

So hang in there, kids, because geopolitics is about to get interesting. And by ‘interesting’ I mean America is about to get pushed back by various European allies who are demanding answers to questions they shouldn’t even have to ask in the first place.