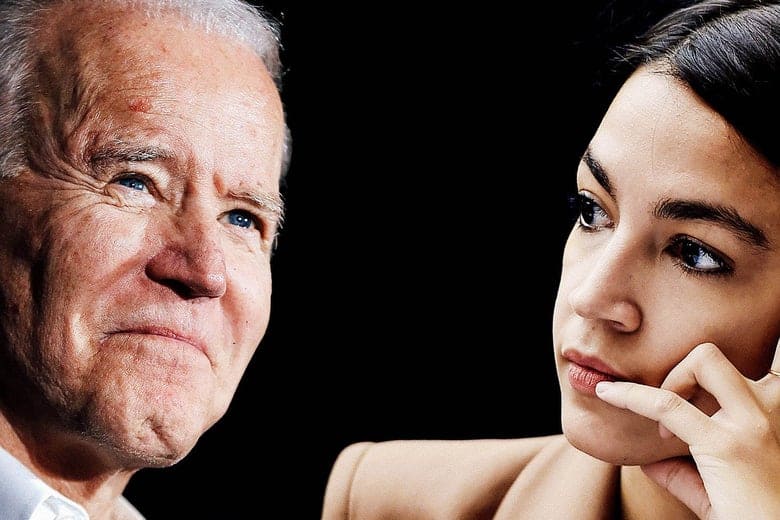 Somewhere inside the clouds of the 2016 election an insight stands out from the rest of the data points that helped produce the perfect storm for a Donald Trump victory. This issue also splits society in two, further strengthening the animosity between the left and right in America. That ever-so-polarizing issue is, in its simplest terms, known as political correctness, or identity politics, or woke culture, or whatever you want to call it when one side thinks nothing is racist and the other side thinks everything is a symptom of white supremacy.

For decades right wingers have been grumbling about the left’s pathological fascination with PC dogma, and the left, secure in the notion that they were society’s good guys, dismissed all criticisms of identity politics/PC culture, behaving as if criticism itself was evidence of the depraved, bigoted nature inside conservatives. After all, criticizing an aspect of culture intended to value the lives of minorities is all the evidence needed to label someone a bigot, amirite?

Conservatives view the morality policing from the left as overkill, a symptom of white, bleeding heart, liberal guilt that permeated the fringe for decades before spreading to mainstream media outlets, big corporations, and a generous swath of the public at large.

To the left, inclusivity is a religion. They have largely been successful convincing governments to include language inside new bills that reflect allegiances to all things social-justice. For example, Prime Minister Justin Trudeau has inserted language inside free trade bills that demands the agreement be viewed through a gendered lens, which is exactly the kind of flim flam nonsense that gives exceptionally rigid progressives a sense of infallibility. The math is as follows; if you disagree with applying a gendered lens to a free trade agreement, you probably hate women.

This exhaustingly loud portion of the left have another valuable gift; they never allow their positions to be questioned, preferring to infantalize those they disagree with by smugly suggesting they educate themselves, a condescending pat on the head, especially in the gladiator arena of social media.  These die hard do-gooders are self-exempt from having to provide convincing evidence to support their endless pile of wacky policy amendments. Those comrades who consider Che a revolutionary hero, and wear their own Marxism proudly, now believe the act of debating important issues is another nefarious tool in the white supremacist toolbox. Debate is an archaic construct with ingrained and subconscious biases, where racial disparities are embedded in the concept of civil debate itself, don’t you know.

The American public is starting to get a taste of how a Biden administration will placate the AOC and social justice wing of the Democratic Party to this bottomless pit of wokism, where virtues can be signalled with ease and implied infallibility. Biden won’t enact any expensive social programs like a guaranteed minimum income, or an expansion of welfare and food stamps, or financial reparations for the ancestors of slavery. Instead, Biden will parrot the looniest lefties who believe male-bodied people should play women’s sports, or that micro-aggressions can cause serious mental health concerns, or virtually anything to do with race as long as we don’t mention white people, who have become the Voldemort of human beings.

“Our priority will be Black, Latino, Asian, and Native American owned small businesses, women-owned businesses, and finally having equal access to resources needed to reopen and rebuild.”

“Our priority will be Black, Latino, Asian, and Native American owned small businesses, women-owned businesses, and finally having equal access to resources needed to reopen and rebuild.” — President-elect Biden pic.twitter.com/OyZkDYHkds

To many, this seems like a reasonable sentiment, but to others it feels like a return to the very issue that ignited the Trump candidacy 5 years ago; a feeling that the democratic party is great at paying pre-rehearsed lip service towards upward mobility, unless you are part of the white working class. Serious lefties believe white poverty exists, but their ideology teaches them that white people don’t need any help. Further, whites are the only demographic where it is currently acceptable to generalize in ways that would be described as hate speech if directed towards a black or brown person.

Remember, it can’t be a double standard when one group is defined as oppressors, or when it is declared impossible for non-whites to be racist. Think of it as The Golden Rule for lazy thinkers.

So, if you’re Biden, on the heels of a cultural shift that demonstrates a disconnect between the Democratic Party and the white working class, why would you send a signal to middle America that you are officially prioritizing poor minorities over poor white people? The answer is slapstick; Biden and his party believe it is politically advantageous to signal a set of virtues to a large swath of their base who support everything that claims to help the oppressed (everyone except white people) as long as no oppressors (just white people) benefit. 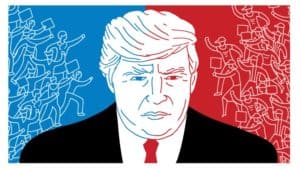 We know there is a disproportionate amount of poverty experienced by minority groups, so it should go without saying that any attempt to alleviate poverty would subsequently mean helping to uplift those same minority groups. The policy would directly impact the lives of black folks and other minority groups just by addressing the mathematics of poverty.

Modern day liberals have a different, somewhat self-serving strategy (other than the platitudes given to them for being SO virtuous) when attempting to address poverty; they support programs designed and promoted exclusively for visible minorities, but not for white people, and especially not white people who live in the white supremacist culture that was built for them in the first place.

Because if you are a struggling, white, working class conservative, being excluded from an economic priority list because you are white is really fucking offensive. After all, like their hardcore progressive counterparts, lower class whites also despise the mega rich, but they have the same skin tone as all those corrupt, American oligarchs, so even the most destitute white person is labelled an oppressor, unworthy of redemption, steeped in privilege, and an easy target for activists who demand vicarious atonement for the crimes of their historical ancestors. From colonialism hundreds of years ago, to the onslaught of dog whistling from former president Trump, we must remember that above all else, every white person is guilty. 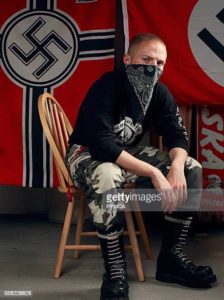 We used to picture white supremacists as skinheads, or Nazis, or KKK members, or any group professing to hate blacks and Jews or any other group except for pureblood whites. Turns out, we’ve always been just as guilty as those klansmen who broke Geraldo’s nose way back when. We let well-meaning, decent white people believe they are different from KKK members and skinheads, but instead we should have brow-beaten them with things they were not aware of, followed it up with demands that they must accept as legit, and realize they have always been just as bad as klansmen, just with different fashion tastes and better vocabularies.

In 2021 the conventional wisdom when discussing anything related to Caucasians is that the context should always be about our bigoted history, colonialism, slavery, segregation, how privileged we are, what we’ve done to the world, and what we are not doing to fix the messes we have made. But don’t worry, it’s fine. That slight confusion you are feeling about how you personally did not do any of that shit is just white guilt. So suck it up, whitey, you did this to yourself.

I hate writing pieces like this. I know I will be branded as some oblivious, cis-gendered white guy trying to be an “edgelord” and FFS just kill me already. But I think it is a fair question to ask; what other group of people on this planet have ever taken on the guilt, shame, and the responsibility of their ancestors as a litmus test for civility today?

Imagine being a Hutu in the year 2132, and some well-meaning liberal-of-the-future discovers a history book detailing the 1994 Rwandan Genocide. After the historical event is disseminated among academics and journalists, it is determined that Hutus can be generalized as genocidal murderers and rapists, that their historical assertions of cultural supremacy still needed to be reconciled, and that if they deny responsibility it’s most likely a symptom of their Hutu fragility shining through.

Inside progressive activist circles, including groups like Black Lives Matter, the prospect of lecturing privileged white people is attractive because white folks can never be described as victims. Moreover, the only ideas white public servants can offer in the pursuit of racial equality are ones where white people in poverty are excluded from new programs designed for poor people. To Biden’s point, imagine the backlash if he were to say “We want to focus on the poor, which means blacks, Native Americans, women, and white folks too.” He would be decimated by mainstream media. People would call it another Biden gaffe. The New York Times would say Biden is tone deaf. 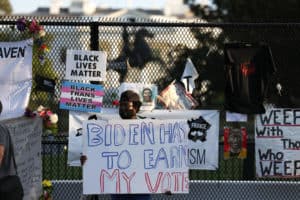 And don’t worry, that nasty aroma is just the foul taint of polarization. It touches everything, even when something as quantifiable as poverty is being discussed. But we can’t have nice things, and so it’s the Batshit Olympics between the Bleeding Hearts and The Heartless, and the rest of us; the disgruntled rationalists, the politically ambidextrous who uses principles to navigate our beliefs rather than ideology, or party flags.

I will mention again that I don’t enjoy defending white people from ill treatment. It feels off somehow, as if I am waving pom poms for the evil Caucasians. But I’m not a conservative, I’m not part of Qanon or MAGA, I believe the confederate flag is a symbol of deeply ingrained racism, and I actually have family and friends who aren’t white devils. Hell, I even think the main motivation for the Montreal Canadiens trading PK Subban was racism.

I’m about to get inundated with blistering emails and critiques. It’s the price for not being a parrot but still wanting to speak, and more people should try it.