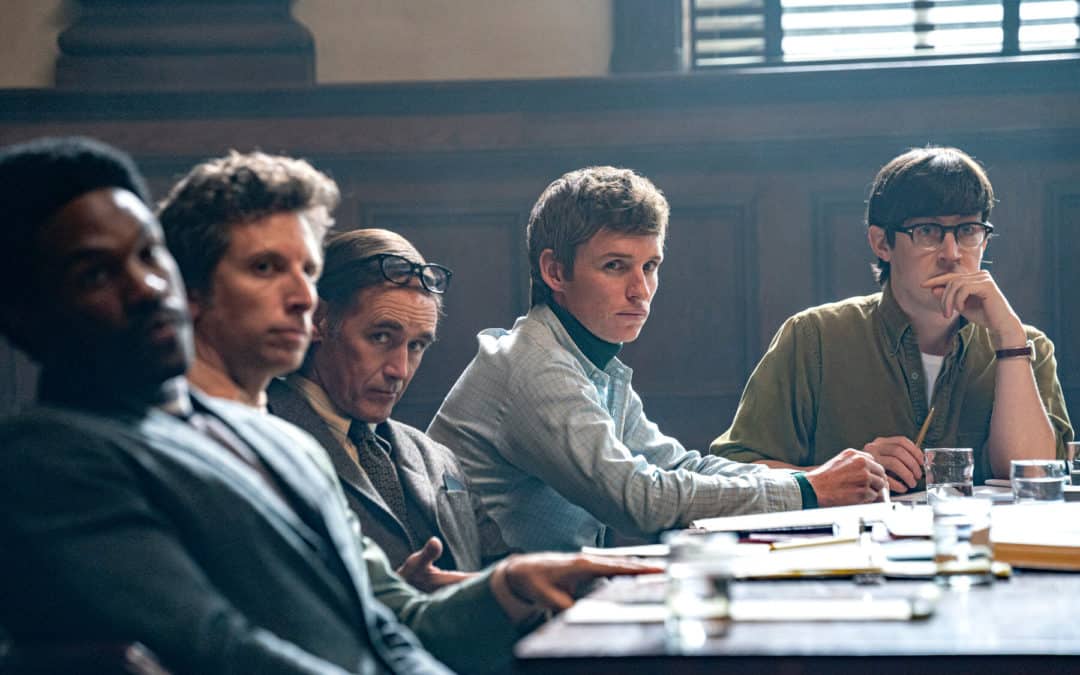 It can be difficult choosing a side in 2020, especially when the guardians of social justice are either inept or invisible.

Many of us who do not plant a flag on the progressive or conservative side of the political spectrum are motivated by our collective disappointment in those who seem to represent either side. They are ideological, unrepentant, loud, and immovable. For most people, citizens who slide somewhere in the middle, the left and right are ideological opposites and tactical twins.

So when I sat down to watch the Chicago 7, I quietly wondered if I would choose a side given my current view of the hard left is stained with present day actors who overreach on social issues to a point where they can’t really count me as an ally. The only bright spot about me, according to the members of the left I have spoken with directly over the years, is that I am just as unlikely to take a rigid conservative position.

Then I watched the movie, and the hippy inside me just couldn’t resist cheering for the men who were on trial at a time when I wasn’t even alive yet.

Aaron Sorkin has established himself as one of the greatest constructors of rapid, sophisticated dialogue that takes viewers into the heart of the political 1960s, but he does it by not sparing the feelings of those who were on the front lines of the leftist movements that sprang out of the disastrous Vietnam War.

Right now there are activists in North America who have watched this film and see themselves inside the passion of the characters. Maybe they have become inspired by these historical figures who sacrificed their own comfort and safety to speak out against the evils of government.

Spoiler alert; today’s activists are nothing like the activists from the 60s and 70s, and there are several reasons why they seem like like insolent children by comparison.

Show me the leader of the Black Lives Matter organization, or ANTIFA, or virtually any leftist group determined to usher in the revolution to save the world, or their country. Oops, there are none. Today, there are no Abbie Hoffmans, or Bobby Seales, or Tom Heydons. Even the deeply flawed Jerry Rubin, who was as much a rabble rouser as he was activist, ended up working on Wall Street and still seems far more enlightened than present day political influencers. 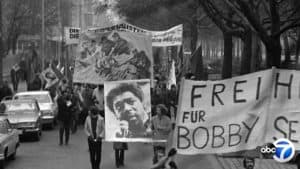 The film is as much a statement against today’s activism as it is for the movement when it was fighting against injustices as pronounced as the Vietnam War. Compare that to today’s epic battles over bathroom access, pronouns, or cultural appropriation. Even battles worth fighting in 2020, such as privacy, broken police departments, and corporate/government corruption feels forced because we can’t name a single progressive voice that commands universal respect. Instead, the left has Michael Moore, Shaun King, and perhaps Oliver Stone. 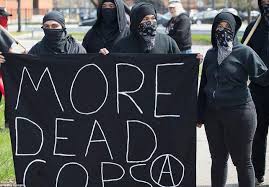 These are the present-day revolutionary heroes on the left. The most recognizable “activists” are just celebrities. The era of being famous for revolutionary ideas is dead, leaving us toiling inside an new era where famous, familiar voices seem more important than the ideas those voices deliver. Moreover, those ideas are often the slogans created by academia, backed by ad agencies, added to our lexicon under the cover of wokeness, and deemed compulsory by a feeble, corporately owned media.

Jerry Rubin founded the Free Speech Movement at Berkeley. If he did that today he would probably be dismissed as a Nazi. 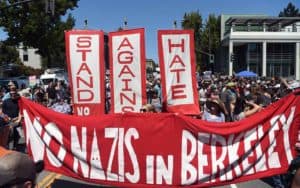 I was going to write just a review of this movie. It spoke to that last flickering spark I have inside to want to even call myself centre-left, or a moderate progressive, or whatever the new label is this week, in a way I probably haven’t felt since I protested the Iraq War. But I don’t really want to review the movie as much as I want to spit some venom at the first world activism we are seeing today. I’m not an activist; I only went to a few protests when I was in my 20s. The one I recall the most was in Toronto on March 24th, 2003

Everyone knew the Bush Administration lied, and everyone knew they had ulterior motives to invade Iraq, and the feeling of injustice was shared by people from all political backgrounds. I watched staunch libertarians march with rigid socialists that day, and nobody seemed to care. We weren’t enemies. Religious people walked arm in arm with gay people. Pacifists marched with retired veterans. It was the closest moment of unity I can think of during my lifetime, with just some lifelong military families and media hacks supporting the pre-emptive attack. We were all in this together, and while the marching did not stop the war, it did give us a litmus test for who was paying attention to the most clear example of a tyrannical government, and why it was so important to fight back against it.

Imagine seeing that today? No, of course you can’t. Today we have glorified squeegee kids playing the role of activist, or we have effective black organizers for grabbing media attention, but without any follow-through once the cameras are fixated on this issue they represent. Plus, and I can’t stress this enough, we can’t name one leader known by the public. In an age where image and profile are everything, activists have gambled on a Marxist approach where the collective IS the leader, and the rest of us are supposed to be absorbed into the movement.

The authorities who tried to make examples out of protest leaders had their all-star team, and maybe that’s the real reason no groups wish to offer up a representative for their cause. Maybe they think that by remaining semi-anonymous, authorities won’t find anyone to prosecute. That strategy works only if you never wish to improve the system, but instead spend your time with the sole purpose of tearing it down instead.

That is not how you win over citizens. It is how you create apathy, or enemies, or critics like me who type out screeds like this expressing my disgust over an activist scene that feels more like a cottage industry than an actual movement.

Ultimately, there are two stark differences between the personalities depicted in the movie and the activist groups of today. First, the Chicago 7 was unafraid to lead. They put their names and bodies on the line to back up their rhwtoric.

Second, they had better reasons to protest in the first place. So if anyone reading this takes issue with anything I just said, take it up with the leader of Black Lives Matter, or the leader of ANTIFA.

Let me know how it goes.