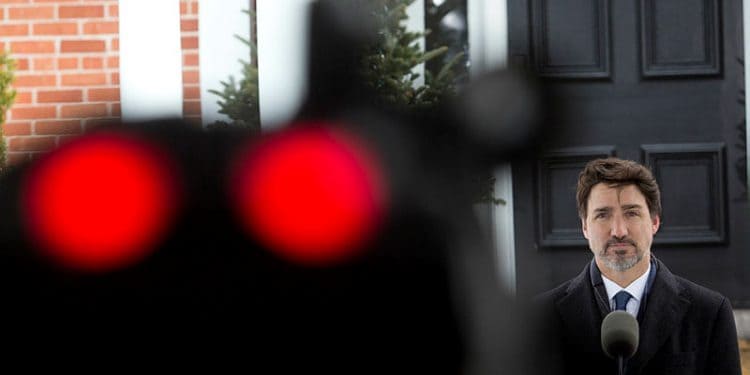 When I was a child, my parents used to make me cover my eyes if the movie we were watching as a family contained violence or nudity. It was their way of sparing me from some harsher content they did not believe I could handle at the time.

They didn’t realize something, however; I always peeked. It was my way of saying I could handle it.

If you have been like me lately, you are probably swimming in COVID-19 content, especially the daily briefings from Prime Minister Justin Trudeau. We’ve all seen footage of these briefings and many of us try our best to give Trudeau the benefit of the doubt when he is speaking. This is a crisis, after all, and trying to score political points during a crisis is not what Canadians want. Just ask Andrew Scheer, who has become largely irrelevant since the pandemic began because his sole focus was on how to publicly admonish Trudeau rather than be part of a solution.

Trudeau began his routine of daily briefings competently enough, other than a habitual tendency to show up fashionably late, a frustrating caveat given the stakes. He even had a shining moment or two, such as when he delivered the now-famous line “Enough is enough” when talking about how Canadians should be doing better at social distancing and self-isolation. It is worth noting that the big reason his stern approach that day was well received was not because it treated Canadians like children, it was because he didn’t. He was measured, frank, slightly stern, but overall he struck a tone that did not placate us, or make us feel like we were being lectured. It was the right tone at the right time.

Trudeau has since exhausted all the crisis capital Canadians gave him, and today we are left wondering how a government in 2020, in the digital age, can attempt to either keep us in the dark or infantilize us by putting information out in drips, often contradicting information the government had previously released, especially information delivered through Canada’s Chief Public Health Officer, Dr. Theresa Tam. 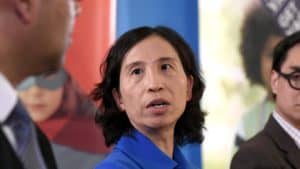 Dr. Tam’s role in this crisis is to put our collective minds at ease by delivering pertinent details from a position of credibility. Instead, she has parroted the flawed talking points from The World Health Organization and flip flopped on several critical advisories. But even before all of the about-faces, Dr. Tam decided that unsavoury online behaviour was more of a priority than her actual job of giving Canadians the best information possible. On January 29th, Dr. Tam said the following;

“I am concerned about the growing number of reports of racism and stigmatizing comments on social media directed to people of Chinese and Asian descent related to 2019-nCoV coronavirus…Racism, discrimination and stigmatizing language are unacceptable and very hurtful.” 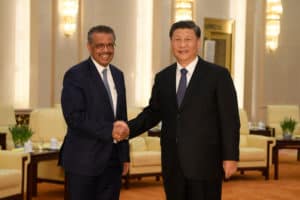 While the overriding message of ‘don’t be an asshole on the internet’ is fair advice, the juxtaposition of a health expert prioritizing social media decorum was beyond misguided, and an indication that the Trudeau Government was at the mercy of the WHO’s tactic of shielding the public from details they assumed would either cause mass panic, or shine a negative light on China. It is worth noting that the Chinese government provides the WHO with scads of cash annually and likely expects a return on their investment in the form of generous public relations, or an adherence to whatever message President Xi Jinping wants delivered.

And most ominously, Tam told the Canadian public that if you are not sick, you should not be wearing a mask, a demonstrably false statement immediately called out by various medical professionals. Tam demonstrated that she was engaged in a ruse against Canadians, treating us like children too daft to grasp the concept of prioritizing medical equipment to health care professionals first, crystallizing the government’s lack of confidence in our maturity and ability to handle transparency.

This crisis has spotlighted how a globalist approach to a pandemic can be dangerously impacted by politics, and the overreliance on the world’s leading health organization to provide the type of information that will keep civilians safe. Trudeau, instead of seeking out a wide spectrum of opinions and analysis that could then be disseminated by public health officials, has shown a habitual deference to an organization that has clearly been compromised by the very country that unleashed this virus in the first place.

Today, Prime Minister Trudeau will once again show up late to his regularly scheduled press conference at 11am EST, and once again he will parrot the latest news coming from the corrupted, inept offices of the WHO, and once again Canadians will sit helplessly in their homes as they witness the half-stepping of a leader at the mercy of bad or incomplete information.

But don’t make your children cover their eyes. Make them watch the car crash on the screen instead. Maybe then we can raise a generation of Canadians who have developed an instinct for when the government is trying to keep them children forever.