On COVID-19 leadership Doug Ford is putting on a clinic 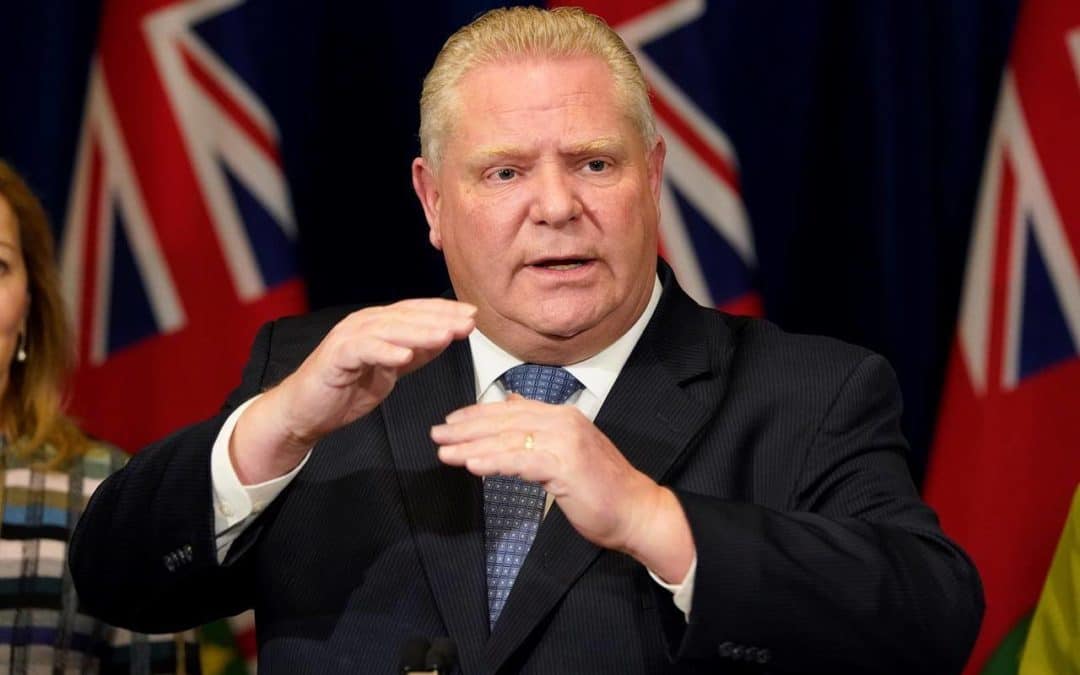 What a difference a year makes.

In mid 2019, Ontario Premier Doug Ford was even less popular than his predecessor, Kathleen Wynne, when she was ranked the least popular premier in modern history. After his landslide victory, Ford’s government wasted little time before introducing draconian cuts to health care and education, raising the ire of citizens who felt blindsided by what felt like austerity measures that targeted kids with autism, teachers, health care professionals, low income families, and welfare recipients. While many were outraged at the cuts on principle, others were rightly infuriated at the lack of details he presented during the campaign. The lack of specifics in his platform was seen as a betrayal, as if Ford and his party knew they would be giving away votes. They did know, of course, and the polls reflected a lack of trust by the electorate.

Ford’s popularity was so bad that the Conservative Party of Canada, led by Andrew Scheer, refused to allow Ford to campaign for them during the federal election, fearing the potential backlash would cost the party seats in vote rich Ontario. Ford was viewed as an obstacle for Scheer who was already dealing with his lack of political savvy, unable to convince Canadians that he would not reopen the abortion debate given his pro life views and affiliations, not to mention his profound inability to deliver a clear message.

At the time, freezing out Ford was the right call. Why tether yourself to a dreadfully unpopular premier of the province that ultimately decides your electoral success, especially when the incumbent prime minister is mired in the type of controversy that could destroy his political career? Whether or not Ford’s exclusion from the Scheer campaign hurt the conservatives is up for debate. I once wrote about how a ‘Premier Patrick Brown’ would have benefited Scheer’s chances if Brown had not been ousted by the same cabal of party insiders who never intended for Ford to be their new leader. Ford was less likely to unite the base in Ontario, and even though Scheer did not admit what everyone knew, that Ford was a liability, he was probably right to exclude him from the campaign.

But that was then, and we are living in a type of ‘now’ where nothing is certain, with the notable exception of utter uncertainty, of course. Today, during the worst pandemic in a generation, Ford is putting on a clinic.

Many political strategists believe in a classic mantra; ‘Never let a good crisis go to waste,’ a cynical-yet-demonstrably-true concept of leadership where two overriding qualities carry the day; a deference to qualified bureaucrats and experts, and the ability to hit the right tone while speaking to the public. On those two fronts Ford is demonstrating the kind of discipline one needs in order to competently manage a crisis. When he makes announcements he is measured, unanimated, and informational. His tone is sympathetic and relatable. All of a sudden Ford’s robotic, badly delivered bumper sticker statements have morphed into a magnanimously executed prose, a juxtaposition of epic proportions for those of us familiar with the usual Ford shtick.

Ontario Premier Doug Ford picked up face masks for health care workers without telling anyone because he’s a BOSS https://t.co/OsRM5erDSZ

Even if you give credit to his advisers for some of the smarter calls during the crisis, from calling a state of emergency earlier than expected to personally handling the production and even delivery of PPE equipment, it is still evidence of a premier who understands why tone matters so much right now. People want to see their leaders look them in the eye and reassure them that all steps are being taken to keep them as safe as possible, and while some decisions are questionable, such as the massive list of services deemed to be ‘essential,’ you can’t deny the straightforwardness of Ford’s delivery, his overall consistency, and his willingness to take advice from the right people.

To be fair, Trudeau has done a decent enough job striking the right tone. Yes, he has sprinkled in some cringe-worthy moments, such as going to get his coat in the middle of a scheduled live update, or remaining awkwardly frozen for 6 seconds as he completely ignored a question from a reporter, but overall his delivery has been competent. His bigger problem is his lack of decisiveness on key decisions, as well as his several about-faces on advice he has given to the Canadian public, especially through his Health Minister. Maybe he has fallen victim to bad advice from the experts he has deferred to, but there does seem to be a political veneer to everything he does, and since these decisions are life and death for ordinary Canadians, the buck ultimately stops with Trudeau.

Our prime minister can also thank Premier Ford for being what his federal conservative colleagues should be; non partisan. Ford has not used this crisis to score political points, or trash Trudeau via social media. He either can’t be bothered or understands that most Canadians are uninterested in political squabbles while they worry about their futures, and the future of their families.

What does it all mean?

On this specific issue, during this specific moment, Doug Ford is Canada’s most competent politician. Even typing that last sentence felt impossible. But here we are, traversing unchartered waters, with the country’s least likely leader at the helm, steering us away from disaster as best he can. Who knows what the future holds after this is all over, but for now, if Ford is the best we have, we could honestly do a lot worse.