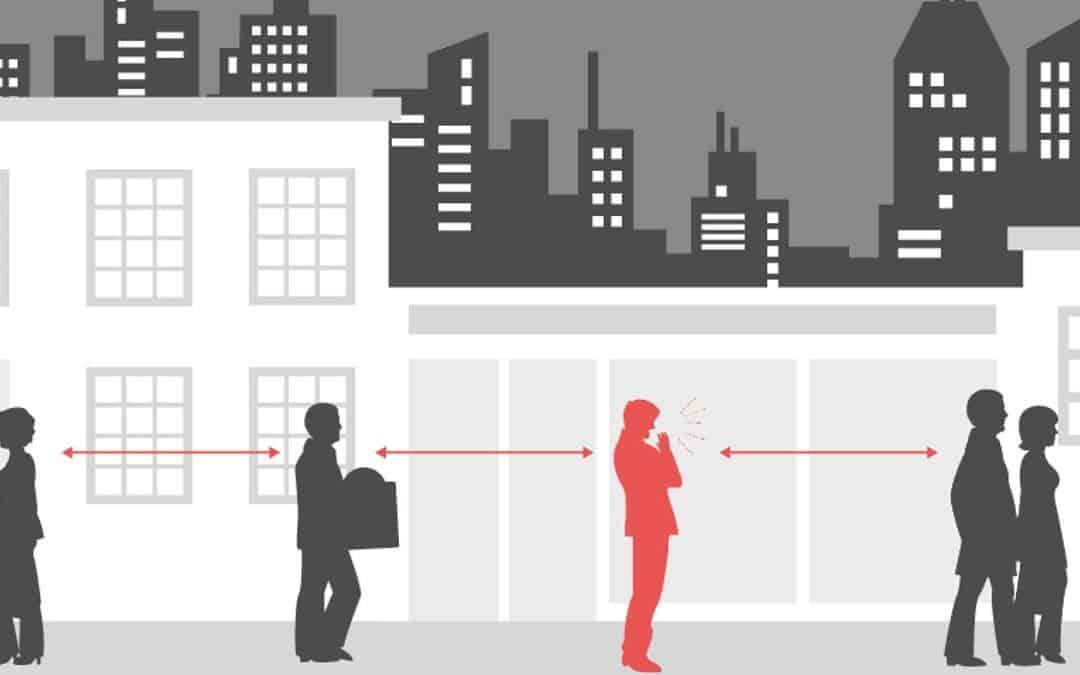 America and Canada are very different. At least, we like to think so.

For all of the differences between our two nations, the reality is we are a lot alike. With virtually every statistic you can count on America being ten times bigger, an almost inescapable law of proportionality, with the notable exceptions of gun violence and billionaires.

You can now add the fallout of the COVID-19 pandemic to that list of exceptions.

At the time of this writing, the pandemic has killed 2, 315 Americans, and just 65 Canadians. That’s a factor of 35, not the usual 10. Given that we are near the beginning of this pandemic, it is difficult to measure the reasons why it has impacted America so much worse than Canada, but, surprisingly, it isn’t only about a difference in leadership.

For all the talk of President Donald Trump’s shortcomings during this crisis, and there are many, you would be hard pressed to find examples of exemplary leadership moments from Prime Minister Justin Trudeau. The only tangible quality Trudeau has over Trump is his ability to speak without sounding like a complete lunatic. Other than that, both leaders have had one overriding issue; they were both slow out of the gate, indecisive when it mattered most, and in direct conflict with advice from the World Health Organization who said in February that ‘speed is better than perfection.’

For Trump this is nothing new. He needs to feel like the only person making decisions. We all know the quotable moments since January, including several times when he watered down the crisis, declaring it almost gone after 15 cases. He even said some people who had the virus still go to work without consequences, and that he thought Easter weekend would be a great time to get back to normal. Dozens of other statements demonstrated his profound ignorance and stubbornness, along with his usual brand of blustering verbiage that put his own citizens in danger.

While it can be difficult to ascertain whether Trump’s lack of urgency is directly responsible for the spike in new cases, there is at least some connecting tissue between the downplaying of the disease and university kids heading to the beach during spring break.

Trudeau’s failures have been less numerous, if we are being honest. Still, his government has made mistakes that could have easily helped our own domestic situation. He was late in stopping international flights. He was late invoking elements of the Quarantine Act, especially for Canadians returning from overseas. He was late in closing the American border, and drastically miscalculated the danger of exempting Americans when he finally barred foreign travelers. He also politicized the crisis by attempting a brazen power grab through special powers that would have allowed him to tax and spend without parliamentary oversight.

Despite the obvious failings from both Trump and Trudeau, Canada, for the moment, is still fairing far better than our American friends, partly because Trump is virtually unmatched in how incompetent he is, but also because we Canadians have demonstrated an awareness the Americans are just now starting to realize. Most of us were self isolating for at least two weeks while Americans worried about their economy, and the current number of cases and deaths seem to lend credence to those differences.

For all that we have in common with Americans, Canadians have one characteristic that likely helped us fall in line during this crisis; we tend to require more personal space than other cultures. This is partly due to the geography of Canada, an immense country in size that gives us a subconscious preference to be given as much space as possible. I believe this is also why we Canadians tend to reflexively say ‘sorry’ a thousand times daily, a byproduct of needing to maintain our physical distance from each other. That is not to say we lack affection or closeness, but when we are dealing with each other in public, our instinct to maintain our physical spheres seems obvious.

This aspect of our collective personalities also cements the overall trust in our institutions, especially our health care system. Of course, we can cherry-pick some of the statements made by our federal health minister as being unhelpful, hindsight being what it is, but knowing we have a society where health care is a human right enables us to trust concepts such as social distancing, hand washing, self isolation, and even mandatory quarantines. Americans, meanwhile, do not have the benefit of a centralized health authority, resulting in mixed messages delivered by inept politicians and media pundits who drown out the more helpful advice by American healthcare professionals.

There are a slew of partisans in Canada who believe Trudeau has completely fumbled this crisis, but looking at the other developed nations, it is hard to square that claim with the data. The best argument they have is Trudeau lacked the courage to make the big decisions early, while most of us probably feel that we are fortunate not to have a man like Trump at the helm, given the obvious ineptitude of his leadership during this pandemic.

Or perhaps Trudeau is just fortunate to be propped up by millions of Canadians who have shown that our cautiousness, even if it borne out of a tendency to not want to share space with each other, helped lay the groundwork for less dead bodies in the midst of the worst pandemic in over 100 years.