Canadians report increase in military presence across the country 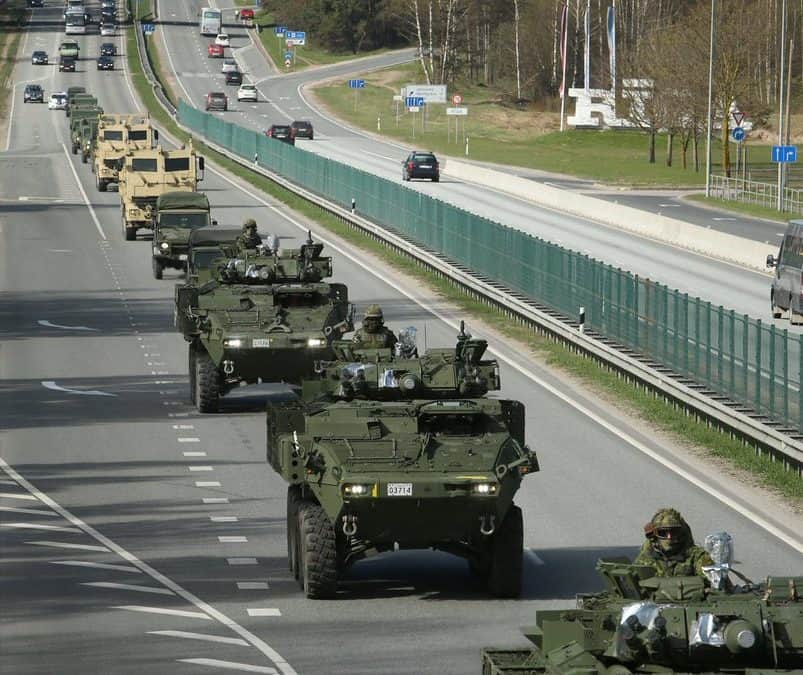 If you have seen a larger-than-normal military presence on our highways and railroads recently, you are not alone.

Across the country, from Madawaska Valley to small town Alberta, Canadians are reporting long military caravans, everything from tanks to troops, being shuffled around the country simultaneously. Many began to wonder if our government was planning for the worst.

The answer by the way is yes, but that’s not the only reason for the long rows of equipment and personnel. It is partially due to the military’s pandemic response plan initiated by the Trudeau government in early March known as Operation LASER, a 4 phase plan currently in phase 3, which places military in strategic-readiness if the pandemic gets worse. Military service people are currently unable to travel, and most Department of National Defence employees are currently working from home. Only DND staff and Canadian Armed Forces members/contractors who support critical functions are permitted on DND premises.

This phase also moves equipment and personnel into certain areas where they can respond rapidly if they are needed. The military would also oversee a mass vaccination of citizens should a vaccine become available.

The other reason for the increased visibility is the cancellation of Maple Resolve, the government’s yearly nation-wide week of intense, top to bottom training exercises. A total of 3 brigades and thousands of military service people, as well as vehicles and equipment, had to be shipped back to their bases after preparations began in January. The cancellation was to ensure there is enough troop availability should the pandemic get out of control. The role of the military during a pandemic is to keep supply chains open for food and medical equipment, as well as to enforce mobility restrictions under The Quarantine Act, which the government enacted a few days ago.

Contacted by Blackball Media, the DND sent the following statement when asked why Maple Resolve needed to be postponed.

“The current situation with COVID-19 is unprecedented and prudence demands we adopt a posture that allows us to best support civilian authorities should the need arise while safe-guarding the well-being of our personnel and the broader Canadian public.”

Maple Resolve was set to take place from May 11th – 24th at the Canadian Manouvre Training Centre in Wainwright, Alberta, and normally involved 5000 personnel and 1450 pieces of major equipment such as vehicles and trailers, etc. Allies from the United States, Great Britian, France and Brazil were scheduled to participate but were notified they could no longer participate prior to the decision to cancel the complete exercise.

One large shipment of equipment arrives today by rail in Prescott before it will be transferred by road to Canadian Forces Base Petawawa. The shipment includes 130 military trucks and armoured vehicles.

The increase in military presence will remain as Phase 3 of Operation LASER is set to last as long as the pandemic remains, and some sources within the government say they are currently preparing to keep the military in this phase for at least one year. The military is also removing service people from some missions across the globe, including a sharp decrease of troop numbers in Ukraine, and returning naval personnel from cancelled training missions off the coast of Africa.