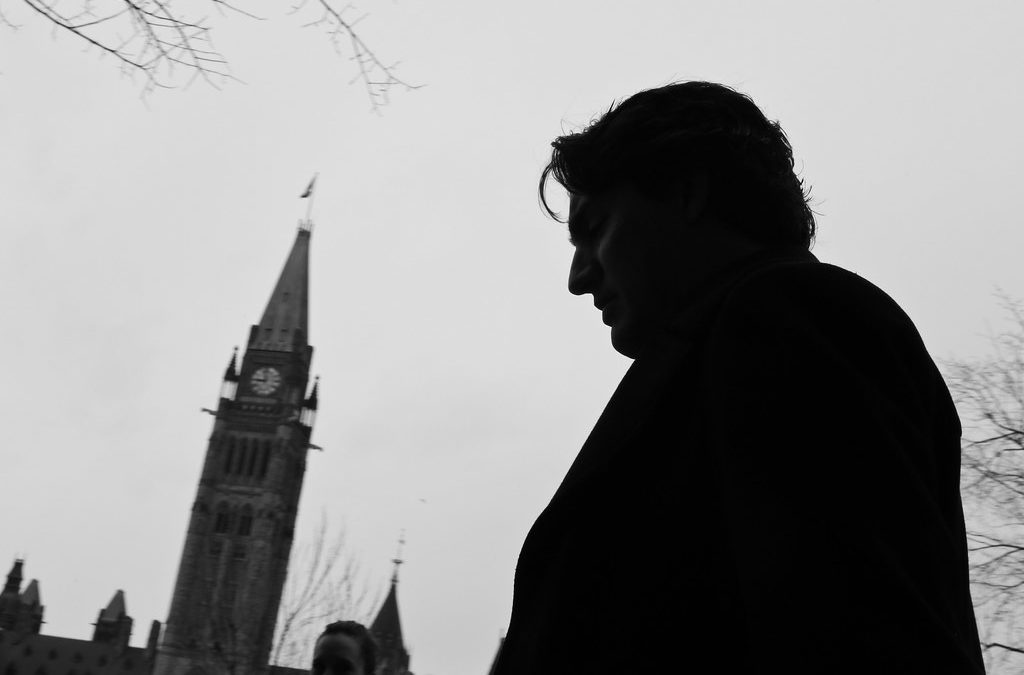 I’ve never been one to hang my hat on an ideology. If I had to choose an ideology, it would probably be an incessant preference for moderation, and a centrist approach to governance. My detractors often label me a perennial fence-sitter, and to be honest, in today’s climate, sitting on the fence often means a perfect panoramic view of the whole political spectrum, including the two loudest voices screaming their guts out from the fringes.

For political leaders, conventional wisdom used to rely heavily on the notion that compromise was both a safe approach, and a tool used for political longevity. It wasn’t uncommon for politicians to tout the tried and true concept of being socially liberal and fiscally conservative, a formula administered by prime ministers and presidents from all parties over the last half century.

Those days are, sadly, long gone.

In Canada, we often get to know our leaders as they go head to head with members of their own party. Leadership races provide a glimpse of how they traverse political waters, and how beholden they appear to rigid party loyalists. Candidates often placate to their respective base for votes, walking that tight-wire between ideology and rationalism. For conservative leadership hopefuls, this often requires paying lip service to pro life voters, even though they would never attempt to include anti abortion legislation if they were to ever become prime minister. It is a delicate dance where, if we are being honest, candidates deliberately mislead their members to secure power, then summarily abandon them once they run in a federal election.

Justin Trudeau, before becoming prime minister, was also playing this shell game with his base. Before becoming leader he was undecided on the issue of marijuana legalization, saying in 2012 that he didn’t think it was “entirely consistent with the kind of society we are trying to build,” and that people who smoked weed often became “disengaged with the world.”

Ending marijuana prohibition was not even a Trudeau idea. For the Liberal Party of Canada, the decision to push for legalization was made by former party president Alfred Apps in 2011 when he insisted the contentious issue be included on the list of policy initiatives for the convention in January, 2012. After winning his leadership bid in 2013, Trudeau eventually announced that a Liberal led government would usher in full legalization instead of the incremental approach of decriminalization. But unlike a conservative leader grappling with abortion, legalization was popular enough among progressives and some libertarians, creating a wider, overlapping base of support for what many staunch conservatives believed was a far left idea.

But Trudeau and his advisers, for the first and last time, read the landscape and executed a shrewd, smart, moderate policy initiative. Sure, they botched it by waiting too long to enact the legislation, and they should have decriminalized marijuana while they delayed, and should not have allowed so many cops, senators, and cronies in on the ground floor of investment, but as a stand-alone item it had appeal across the political spectrum.

To his credit, Trudeau’s 2015 victory was a case study on how to run an almost flawless campaign. He was also a celebrity, a quality that helped win him the election, but one that eventually became an albatross as he struggled to become a leader who came off as authentic, or someone who still believed in a moderate approach. His personal brand was being received as a staunch left winger who embodied the immovable positions of hardcore, identity politics practitioners. A moderate would have mimicked the strategy of countless Canadian conservative leaders who quietly understand that shoving all your eggs in the basket of social issues hurts long term prospects. Voters did not cast a ballot for Liberals in 2015 because Trudeau was a self proclaimed feminist; they cast a ballot for him because he seemed cut from different cloth. He talked about unifying the country. He talked about progressive ideas and was careful not to alienate moderates and conservatives. But after he became prime minster he continued his thirst for campaign style sound bites, a nauseating spectacle of photo ops and virtue signalling, turning a once mighty majority into a fractured base of support in a hopelessly polarized nation.

As for being a real centrist, a leader who can satisfy a respectable swath of both the left and the right by applying an ambidextrous strategy of governance, Trudeau is an abysmal failure. All the way down the line, from Indigenous issues to the environment, energy and international affairs, Trudeau has been viewed by most progressives as incompetent. To quote a memorable ad campaign from a party bounced from power, Trudeau is in way over his head.

I once wrote about how Gord Downie, may he rest in peace, was utterly wrong about Trudeau becoming the great white hope of First Nations communities, and that was way back in 2017 after FN communities admonished Trudeau for giving the green light to the Site C Dam project. Fast forward to today, after a month of disastrous decision-making over the Wet’suwet’en protests and eventual blockades, it is once again clear he has a simpleton’s idea of how to build bridges, and inevitably burns all of them to the ground.