Kobe, his daughter, and an atheist’s dream of basketball heaven 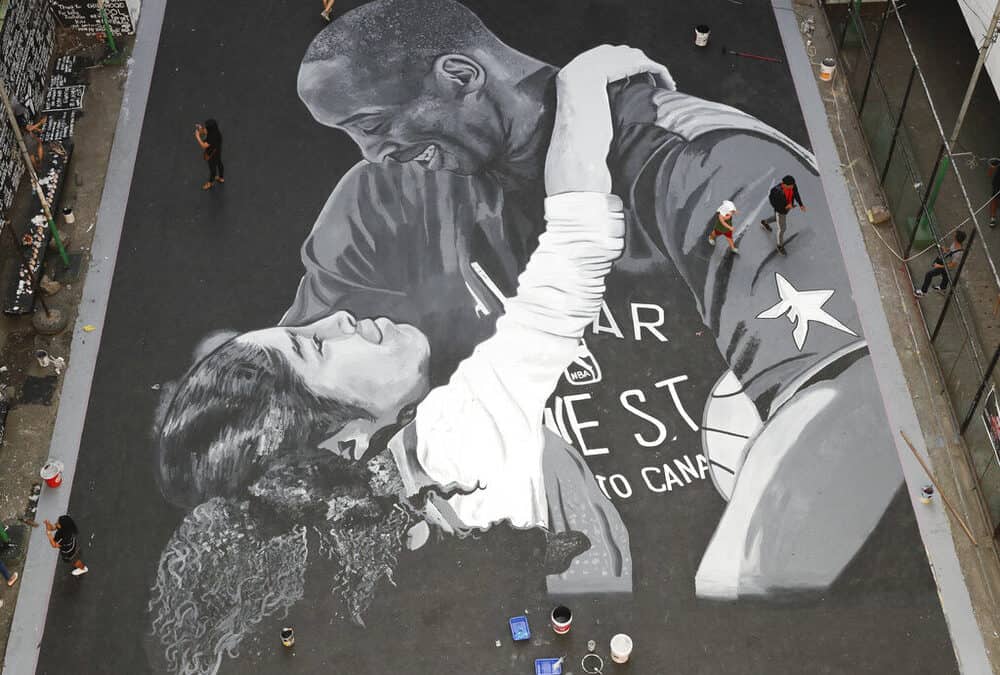 My daughter and I often watch basketball together. At night, after bedtime stories, when my son is in bed about to fall asleep, Elizabeth and I tip-toe upstairs and watch the Toronto Raptors. It’s not really a secret, but it still feels like one.

I get her some popcorn and myself a Red Bull and we cheer when the Raptors score. She always points out Toronto guard Kyle Lowry when she sees him. She knows it is him because his shoes are pink, and, somewhat generically, pink is my daughter’s favourite colour.

“Let’s go Raptors!” we both chant over and over.

Those brief moments (we rarely make it through the first quarter without her getting all tuckered out) are extraordinarily special to me. That’s why when I heard the news about 9 people dying in a helicopter accident, including Kobe Bryant and his 13 year old daughter, all I could think about was how horrible it would be for the Bryant family, and how tragically poetic it was that they died together on their way to a basketball game.

And then, even though I am a non believer, I started to appreciate, or at least understand, why some people need God in their lives.

Short of irrefutable evidence, I am not hardwired to believe in the omnipotent. I think all evidence points to mortality, with nothing after this journey here on Earth. There is no heaven, there is no hell, and when we die the ride is over.

But now I think I can truly appreciate at least one facet of faith; the benefit of believing that them dying together means they will enter the next life together. How intoxicating that must be, to feel relief during the worst nightmare of your life, stealing moments of calm by imagining your recently departed relatives in everlasting bliss, side by side, forever in paradise.

My favourite conceptualization of heaven is the one where you get to be in your happy place until the end of time. If I believed in that version of heaven, I would also want to believe a person can have several happy places. I can think of a million irretrievably glorious moments with my daughter, and the thought of spending forever singing her to sleep, or taking a walk to our pond, or watching a basketball game, is everything.

I wonder if faith in God is helping the Bryants. I wonder if they imagine Kobe and his little girl playing an endless game of horse, one-upping each other, or maybe taking advantage of the afterlife’s flexibility on the rules of physics. I imagine that Gigi Bryant can dunk on her old man, a basketball legend, while in heaven.

Predictably, I have dwelled on this helicopter crash. Not because I am enthralled with Kobe’s celebrity status, but because he had to see his daughter so frightened during their last moments. The helplessness must have felt worse than the actual crash, the sounds alone haunting him as he desperately held on to his child, his world.

I have made an attempt to vicariously experience a fraction of that pain by imagining my daughter and I in that helicopter. This mental exercise has a purpose, as well as a silver lining sewn through; a gut-wrenching sense of gratefulness that I can still steal a snuggle from my own daughter, because she is safe in her bed.

Or, if you are a non-believer like me, be mindful that there are people who feel exponentially better by giving themselves over to their God. Again, I don’t have the required belief system to get “there,” but I can’t fault them for taking that journey.

Sometimes the world’s most unbelievable tragedies results in an understandable thirst for spirituality, or a certainty of the otherwise unknown. What always struck me as rigid and superstitious must feel like oxygen to religious people, especially after being struck by such unfathomable grief, during a time in life when they feel like they just can’t breathe.

That image of Kobe and his daughter in heaven, playing basketball, smiling at each other with love – if that idea is only possible through belief then so be it.

But I hope you don’t mind me borrowing that vibe if I end up living inside my own worst nightmare. Dampening the ungodly pain might only be possible through fantasy, or escapism, or God, but if the purpose is comfort or healing, I would gladly live vicariously inside the hearts of people who really do believe.

Now, if you excuse me, I have to go steal a snuggle.