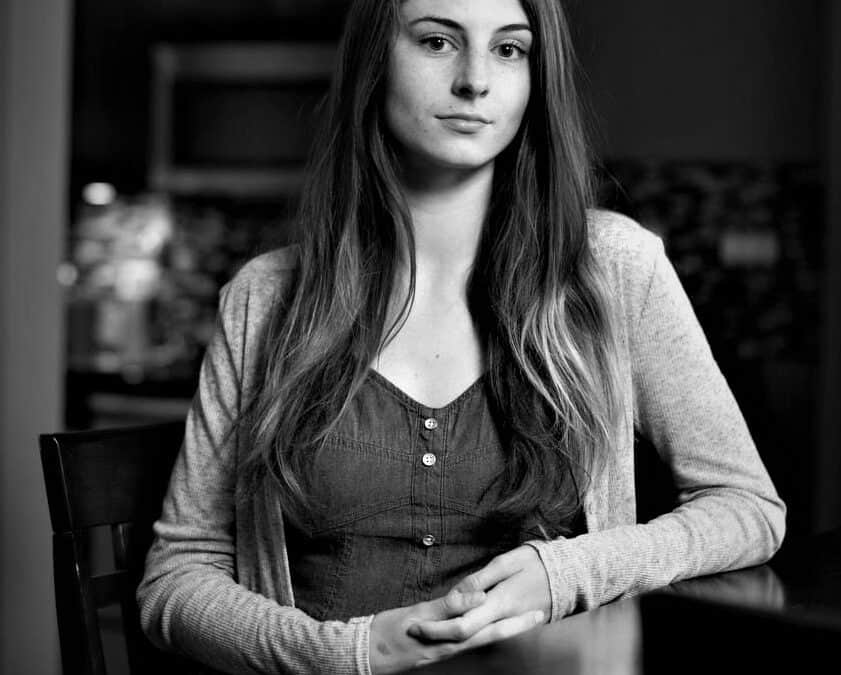 In modern politics, nuance is often seen as weakness; an inability to hone and polish the courage of your convictions. But for many of us, the opposite is true.

It has been 3 years since Lindsay Shepherd became a household name after she secretly recorded two of her professors admonishing her for playing a snippet of a Jordan Peterson video in her classroom. She was accused of causing harm to transgender students, a charge that was eventually deemed as false, as her lawsuit against Wilfrid Laurier University continues.

Since she was propelled into the spotlight, Shepherd has had to navigate a new challenge; tolerating the boxes she has been placed in by people who have decided her political leanings for her. When she first emerged she was following in the footsteps of many of us; people who identified as progressives but who were summarily pushed away by ideological leftists who valued identity politics over things like the environment, or an anti-war stance.

Since then, many armchair pundits and critics have tried to label Shepherd a white supremacist, or a member of the alt-right, or a variety of other labels meant to dehumanize and discredit her. Many of those critics felt vindicated when Shepherd received support from right wing personalities and outlets, but when a person is ostracized and smeared by mostly left wing academics, journalists, pundits, and social media enthusiasts, platforms become sparse. Also, it is worth noting that just because you talk to someone, doesn’t mean you share their values. I know this because when I interviewed Dr. Jordan Peterson in 2017 and asked him whether or not he felt like it was a bad idea to appear on Canada’s The Rebel, he said that nobody every accused him of being an atheist for sitting down with Sam Harris.

But Shepherd is different. She no longer fears being called a conservative, even though her personal beliefs speak to a more ambidextrous set of values. Perhaps it is because she doesn’t buy in to the idea that people can be placed inside political boxes, and although she currently works for the unapologetically conservative outlet True North Centre, she still holds on to a few progressive ideals.

“I did identify as a leftist back in university,” Shepherd told BlackBall Media, “and when the Laurier controversy was occurring I was always kind of offended when I was called right-wing. Now, it doesn’t bother me the slightest to be called right-wing or conservative, on some issues it’s accurate. However, it would be hard for me to fully identify as a loud-and-proud “conservative” when I am an atheist and pro-choice.”

Shepherd isn’t alone in her newfound identity of ex-leftist, another expat of progressivism whose tribe had abandoned her for the false promise land of identity politics. Her story arc, while compelling, is completely unoriginal. Countless well-meaning progressives have found themselves in the same predicament; being flushed out from the left side of the political spectrum because of the lack of adherence towards neo-activist demands, especially in the realm of gender politics.

An individual can still tick all the main boxes of progressivism – anti-war, pro universal health care, pro societal safety net, etc – but if you stop short of co-signing biological men playing women’s sports, you can easily be branded a member of the alt-right. That’s where we are today.

But Shepherd remains true to the core issues she believes in, not settling for labels and allowing herself to maintain an eclectic set of beliefs.

“I think it is definitely possible to be politically ambidextrous; I think most people live their everyday lives that way. You could have someone who is totally pro-pipeline and pro-small government, but who champions LGBTQ issues…or someone who is all about reproductive rights and solving the opioid crisis but who wants to limit immigration and refugee intake. However it hits you when you go to the ballot box, during an election, that suddenly you have to pick a side but you might not feel represented by any party.”

That demographic – the ones who feel that no party represents them, is huge. Technically, less than 5% of Canadians are card-carrying members of a political party, making most of us less partisan in general terms. Of course, we all know people who vote for certain parties out of habit, and many of us still hear the nagging voices of our friends and family when we enter the ballot box. After all, we have only elected two parties over the course of our nation’s history, and we aren’t even a two-party system.

Those two parties, the Liberals and Conservatives respectively, have also taken ownership of different wedge issues. You might say the Liberals are more beholden to trans activists, while the Conservatives have an unfettered commitment to oil and gas development as part of their party DNA. But being married to singular issues does not always translate into good fortune at the ballot box. These issues seem worthwhile on the surface, but the potential net positive for supporting them is offset by having to deal with a backlash from different voting groups, or even the media.

Trans activism, for example, has been adopted by the media as one of those untouchable issues, a protected class emerging from their oppression to fight society’s oppressors. Through that lens we see a group deemed too oppressed to constructively criticize, even as biological males are being shipped to women’s prisons and shelters. Shepherd recently moderated a conversation featuring Canadian feminist Meghan Murphy, the Twitter-banned activist who is asking the questions and being labeled a hate speech merchant by critics and the media for daring to ask them in the first place. Murphy’s talk earlier this year at the Toronto Public Library drew the ire of various activists, but Shepherd sees a positive development now that the dust has settled.

“The Meghan Murphy situation is actually opening up minds and allowing the conversation to happen, and I think it is becoming easier in Canada to talk openly about the problems with dogmatic gender ideology (e.g. transitioning children; letting men self-identify as women to get into women’s prisons). I think quite a few everyday citizens became alarmed that trans activists were trying to force the Toronto Public Library to gatekeep intellectual discussion.”

Free speech might as well be Shepherd’s mantra, as cliché as that phrase has become. Ever since we were introduced to her through her overzealous and ideological professors at Wilfrid Laurier, she has become synonymous with the divide between those who want speech completely unfettered by restrictions, and those who claim to want to curb hate speech.

That divide seems more pronounced than ever, but Shepherd has secured her own identity as one of the guardians of expression, unafraid to be falsely branded by critics, and an established symbol for what many of us see as the social issue of our time in the ongoing battle for liberal rights, including the freedom to think and speak without censoring ourselves for the mob.