In an Orwellian world, only comedians can save us 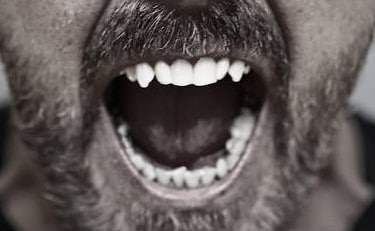 “If liberty means anything at all it means the right to tell people what they do not want to hear.” George Orwell

When Jon Stewart was in the prime of his career he had one boilerplate response to a question he was asked over and over again. Pundits or late night hosts would ask Stewart how it felt to be the most trusted news source for many people across America. Stewart’s response was always a variation of the following; I’m just a comedian, and what does it say about the state of our press if the guy they are looking towards comes on after puppets who make prank phone calls?

Stewart often seemed annoyed by the question, reflexively retreating to humility because he bristled at the title of most trusted newsman. He echoed what many people believed to be true; that if this is the case, that means news is dying, and with it free speech, competent governance, and our ability to remain calm, rational, and informed.

This erosion of common sense and integrity relates directly to how we consume all media. It shapes how we say things and leaves us rebelling against only each other, a polarization-inspired, beligerent waltz of WTF, slinging insults via tweets, and honing our brand of snark .

While we’ve been at each other’s throats, social media giants have implemented censorship policies that can ban people for life for various online infractions. Offences such as deadnaming, a term that didn’t exist in the mainstream lexicon until Caitlyn Jenner was born, are especially problematic. Twitter users can choose a myriad of ways to tell you how they wish you were dead without violating Twitter’s Terms of Service, but if you tell Caitlyn that you were a big Bruce Jenner fan growing up you could be banned for life.

Stewart has been off air for 4 years, but his legacy remains. Comedians, not journalists, now constitute the front lines of truth-telling and real, free speech in our society. If you want to hear from someone who is unafraid of reactionary mobs you don’t choose Anderson Cooper, you choose Ricky Gervais. If you want to listen to an informative, well thought out interview, you don’t choose Diane Sawyer, you choose Joe Rogan. Maybe it is because comedians have a knack of cutting through the nonsense in order to find truth, or how they can say something controversial without watering down their words. All things considered, comedians are currently more refreshing, and certainly more relevant, than any modern day journalist or pundit.

And so, while marketing directors and cable news producers feed the short attention span of their audience, podcasters, many of whom are veteran comedians, are providing quality, long form content, a strategy that has given them a larger audience than most household names in cable news.

Joe Rogan’s podcast is a case study of how comedians are now more relevant to journalism than CNN or FOX News, or MSNBC. Even typing that last sentence seems surreal to me. Nonetheless, Rogan’s marathon, casual interviews are so much more informative than some 4 minute segment followed by 8 minutes of crosstalk by 6 panellists who are vying for best sound bite between commercial breaks. It’s no accident that Rogan has more YouTube subscribers as a lone wolf podcaster than almost every major cable news network. He’s a comedian, but it can be difficult to place him in some ideological box where he must adhere to a set of standards concocted by political activists or mainstream groupthink practitioners.

Rogan has interviewed several Democratic candidates, and all of those interviews have revealed more about the candidates than any cable news anchor could manage. Like Stewart, Rogan has benefited from the lack of integrity and thoroughness found in news outlets determined to squish rushed interviews between commercials for Big Pharma and defence contractors. The result is that Bernie Sanders and Tulsi Gabbard were seen not as caricatures or pariahs, but as real candidates with actual ideas.

Some have suggested that Rogan moderate presidential debates, but, like Stewart before him, Rogan does not view himself as a journalist. He is a conversationalist, and that is precisely why fans believe he is the right person for the job. But Rogan’s talents would not translate to journalistic formats, and the longer he maintains his role as the best interviewer we have, the better.

This is all happening during an era that comedians like George Carlin foreshadowed; being owned by the rich and powerful who see people’s votes as trivial, given their stranglehold on both parties. Carlin also had the wisdom to understand how our free speech protects us from tyranny, a protection that weakens every time a Twitter mob cancels someone, or tries to anyway.

Carlin may have not been able to see the impact of digital communications and how it can be used to shut down free speech, but Ricky Gervais knows. Gervais is protected by his loyalty to an overriding principle; if you are offended by something, that’s your problem. This principle may sound cynical or callous to some, but his commitment to the right we have as individuals to say whatever we want is one of the main pillars of Gervais’ success. You can’t cancel people like Gervais. He wears his principles like kevlar vests, deflecting hollow demands of decency and compulsory capitulation to mob justice. Through a sharp tongue and a wicked cackle, Gervais routinely schools members of outrage culture by disarming them of the power they wield against others who don’t have the fortitude or vocabulary to fight against them.

They have been trying to cancel Gervais for years. During this time his popularity has grown even bigger, both due to his immense talent his unwillingness to bow to the mob. Comedians like Gervais, who have the courage to remain authentic and consistent, have been the benefactors of an ongoing Streisand Effect where they have effectively turned outrage into profits. Just ask Bill Burr, or Dave Chappelle, or Bill Maher, all of whom have managed to get their acts to align with one of the bedrocks of a true democracy – free speech. That phrase is so divisive, I know. Where would we be without members of the left who believe ‘free speech’ is a dog whistle for fascism, while many on the right are so fanatical they would tattoo the phrase on their face just to spite themselves.

These performers give us something that is paramount to our existence as free, sentient beings; comedians don’t provide the example of what they can get away with saying, they give us the blueprint of what everyone can say. Sure, they deliver their words through a craft most of us can never master, but their example of not being afraid to speak in the first place is what matters the most.