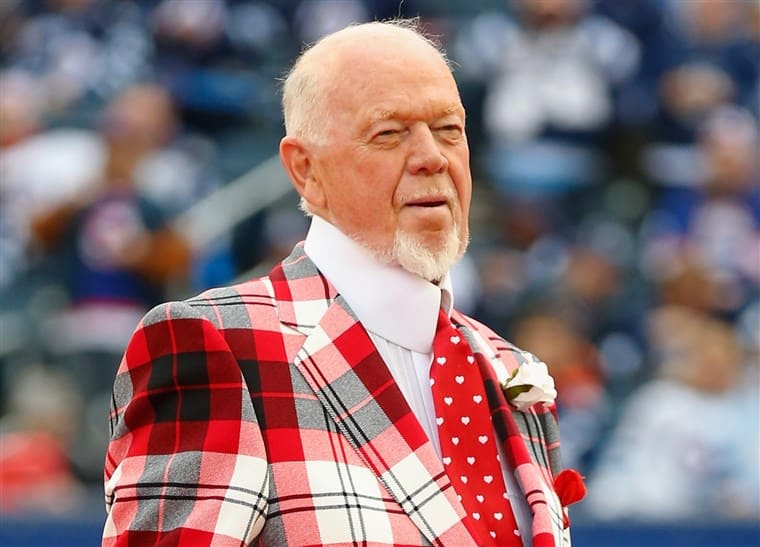 He was a Montreal Canadiens fan. To him, Cherry was a villain for two reasons; he loved the Boston Bruins, the second most fierce rivalry in hockey, and because Cherry had the Leafs as his second favourite team.

For those who don’t know, being a Montreal Canadiens fan means you are at the mercy of the unwritten rule in Quebec – the Leafs are the enemy.

That being said, my dad and I would often watch Coach’s Corner together, mostly so we could take in the spectacle of Cherry and his blowhard ways. It became a sort of tradition – let’s watch Don Cherry and trash him for being a blowhard.

But the thing is, we watched him. It was entertaining. It was part of the deal of being a hockey fan in Canada. It was part of our culture to shout at the guy in the tacky suit on the screen.

By now everyone knows that Don Cherry has been fired from Hockey Night in Canada after being the figurehead of Canadian hockey for 4 decades, a victim of both his own lack of tact and the unforgiving landscape of 2019. That landscape has claimed many professionals over the past decade or so, and so it is hardly surprising that Cherry was put out to pasture, mostly thanks to all of the born again woke folks among us.

You people are relentless.

That is the turn of phrase Cherry used – “you people.” Seen as a dog whistle by many, “you people” triggers many of us as if it were a portal into a dark corner of the racist mind. And for many people who use that phrase, it very well might be an indication of racist thoughts. But in Cherry’s case, he spent the first part of his now controversial rant dressing down every Canadian for not wearing a poppy on Remembrance Day.

He began his rant by telling his audience that he wasn’t going to be in charge of the poppy fund raising drive anymore, because he felt that hardly any Canadians bothered to wear the traditional pin. He used Mississauga and Toronto as the Canadian cities where he noticed people being apathetic towards the tradition. It was when he pivoted to new Canadians where the controversy emerged.

“You people love, that come here, whatever it is, you love our way of life. You love our milk and honey. At least you can pay a couple of bucks for a poppy or something like that. These guys paid for your way life that you enjoy in Canada, these guys paid the biggest price.”

If you read that statement, you might walk away thinking some overt racist was speaking ill of immigrants who have worked hard making Canada their new home. Or, you might think an old man was interrupting one incoherent thought with another incoherent thought. Another group of people might think Cherry is passionate about Remembrance Day and chose his words poorly, either because of age, or because of the generation he hails from, or some other reason.

The point is, the reaction, like nearly every other reaction borne out of a social media backlash, is disproportionate to the alleged offence. Perhaps a quick review of what Cherry said just before that fateful statement is in order.

“I live in Mississauga, where nobody wears one.”

“Downtown Toronto, forget it . . . Nobody wears a poppy.”

In those two statements, he wasn’t talking about immigrants at all, and his face was contorted as if he was disgusted, or at least dismayed, by the lack of perceived patriotism. He then pivoted to new Canadians, where the unforgivable phrase “you people” was used.

Hell, even my wife thinks I am giving Cherry a pass when he doesn’t deserve it, but I’m fine with that. Couples often disagree about less important issues, and I love her anyway. But if you take his wording and really listen to him, his only mistake was that two word turn of phrase – ‘you people’. Otherwise, and I don’t even agree with him on this, all he was saying is that everyone should wear a poppy.

But in 2019, “you people” is the equivalent of saying the n word in Rexdale. There’s just no coming back from that, even if your greater point is completely ignored.

Don Cherry is a polarizing figure, no doubt. He’s tested the waters of controversy more times than any of us can count, and he is finally being held accountable for the things he said.

The question is, have we become too reflexive in how we react to sloppy language, or are we merely mirroring the new moral standards of modern times? Personally, I think Cherry should have been forgiven. He is a product of his generation, but he is also an unrelenting philanthropist, a man who has given a ton to children’s charities and other worthwhile causes, acts that, to me, dwarf the sin of using a phrase that some people have decided is an infallible declaration of racial hatred.

My father has been dead for 5 years, and even he, with his tangible hatred of everything related to Don Cherry, would probably be rolling his eyes at the way Cherry was unceremoniously cancelled.