Litmus Test: Every Politician Should Be Asked About Religious Beliefs 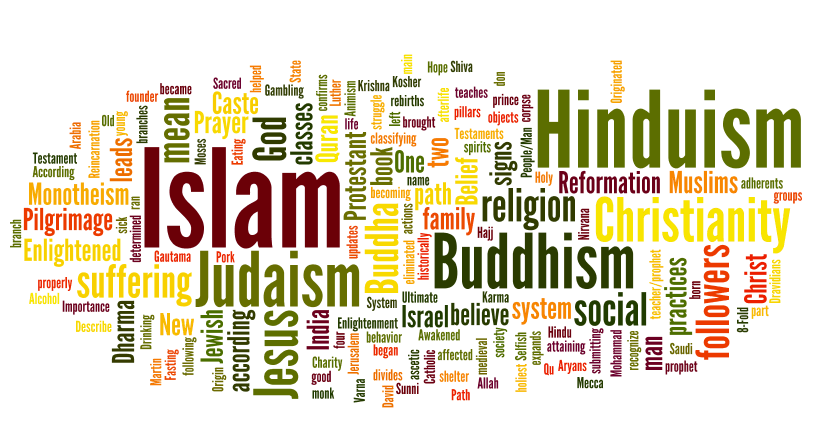 In 2014, Sam Harris and Ben Affleck locked horns on Real Time With Bill Maher over Islam, which Harris now-famously decried as the “mother lode of bad ideas.” During this tense exchange Affleck bristled, summoning a pillar of progressivism by feigning offence at Harris’ audacity to say something truthful about Islam on national television. Like it or not, whether it offends people or not, Islam is still trying to shed the stone-age fanaticism that Judaism and Christianity have managed to push to the fringes of their flocks. The evidence is clear, especially if you look at the nations around the planet who still have theocratic, Islamic regimes.

While it is easy to dismiss Affleck’s inability to separate the idea of Islam from actual Muslims, it should still be obvious to almost everyone that religion and politics don’t mix, whether your religion is the mother lode of bad ideas, or not.

Recently, a photo from The White House was released showing a stiff-standing Donald Trump being adorned by 2 dozen religious leaders who bowed their head in prayer, their hands on the president and each other. It was a surreal display in a building that is supposed to be free from omnipotent superstitions. For those of us who liken Trump’s popularity to a cult of personality, it was difficult not to be cynical. Everyone knows Trump isn’t the least bit spiritual, but there he was, pretending to be pious for believers in Christianity, while the rest of us rolled our eyes.

Adding to the spectacle was the woman who was on the right hand side of Trump, Paula White, a charlatan evangelical pastor who traffics in one of the most heinous form of Pentecostalism; the prosperity gospel, a scam that convinces weak-kneed believers into sending cash in exchange for blessings. The more money you send, the more Jesus loves you, or something to that effect.

Many of us are too timid, or want to be so respectful of religion, that we don’t dare ask questions about people’s spiritual beliefs. We like to think our leaders park their religiousness outside the confines of the state, or we feel it is not our place to inquire what their beliefs may be.

On the contrary, we need more inquiries as to whether our leaders believe in omnipotent beings, miracles, reincarnation, and a spiritual-centric predisposition. We need to understand where there might be an overlap or a collision of morals, and we need to know if they can be trusted to choose secularism over spiritualism when it counts the most; when making decisions as leaders.

This is why I do not believe Canada’s Official Opposition leader, Andrew Scheer, is getting a raw deal as reporters continue to ask questions pertaining to his religious persuasions. In fact, I think it’s wonderful. The only real problem is that reporters are not asking every other elected leader what their beliefs are, and how they can collide with a secular, parliamentary system. Rex Murphy cynically asked in a recent column when Justin Trudeau and Jagmeet Singh will be asked similar questions about their faiths, and I say ‘Yes, when?’

But that doesn’t mean it is unfair to ask these questions. It just means we are not asking enough politicians to square their superstitions with their duties as elected officials.

The separation of church and state, while not codified in our Charter of Rights and Freedoms, is a staple for people who believe in true democracy. Religion is divisive enough without having to wonder if our leaders are privately loyal to religious doctrine while publicly demonstrating an arms-length discipline away from their preferred holy book.

We should be afforded the right to ask any elected leader from any religion what their true beliefs are, followed by probing questions about where their loyalties to their god ends, and their responsibility to secular leadership begins.

Does Jagmeet Singh believe in the Sikh principle that abortion interferes with the creative work of god?

Does Liberal Minister Maryam Monsef believe it is acceptable that the Prophet Mohammed had sex with a 9 year old girl?

All of these questions are legit, and we should force our leaders to answer them in alternative settings, rather than a 5 minute press scrum where they can deflect and pivot towards their boilerplate responses. Citizens have the right to know if their leaders believe in talking snakes, or that god chose only their people to represent him, or if they believe their god rode to heaven on a winged horse, or if they believe in reincarnation. These are important questions, as absurd as they may seem, because it gives us a better understanding of whether we have elected religious zealots, or just people who pretend to be spiritual when they are more like the rest of us who cherry-pick the morals we like, and do away with the more insane aspects of religion.

I want to know if Scheer believes in fundamental Christian beliefs, and how he navigates those core beliefs with the responsibility of governance. Did he build a firewall between governmental leadership and his Lord? If so, how does he square those two positions without feeling like a sinner?

And yes, let’s start asking every leader who claims to be a believer these questions. All of them, not just Scheer. But let’s not act as if the questions don’t matter. I think it is more than relevant to know if an evangelical MP believes we are living in the End Times, or if they believe Sharia law has a role in the lives of Muslims, or, yes, if they believe abortion is murder.

It’s relevant, especially for people like me who do not believe in god, to finally hear politicians talk about religion without trying to pay lip service to the most pious among us.