The First Domino: How the removal of Patrick Brown killed Andrew Scheer’s Campaign 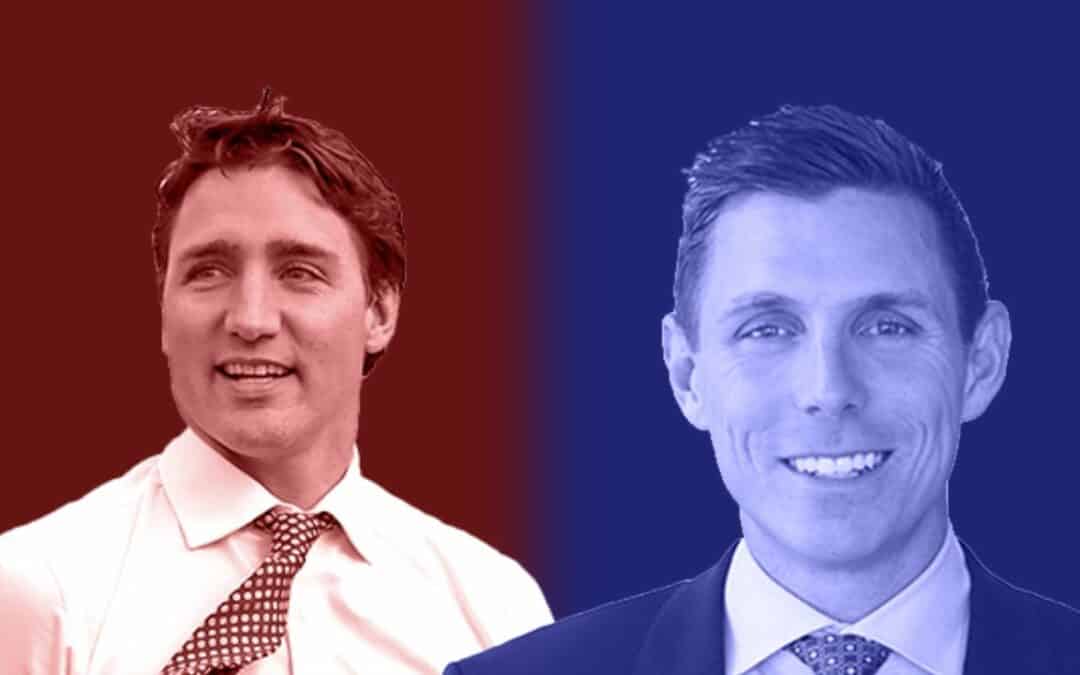 In my lifetime, and certainly in my time covering politics, I have never seen a political saga as transformational as the unceremonious removal of Patrick Brown as leader of the Progressive Conservative Party of Ontario.

Through the nastiness and orchestration, we can see a causal relationship between Brown’s departure and Andrew Scheer’s failure to defeat an embattled, scandal-plagued Justin Trudeau.

It’s not as crazy as it sounds.

Brown was not popular among establishment conservatives in Ontario. He measured the landscape as a moderate, a leader who understood that shedding the rigid, social conservative lip-service would help the party secure more votes. Brown steered the party towards inclusivity, becoming the first conservative leader to appear at a Toronto Pride Parade, and reaching out to minority communities in a way no other PC leader had tried before – by treating them as welcomed members of a truly progressive conservative party.

This new approach rattled the party’s core group of MPPs who answered to their rural constituents, some of whom were expressing their frustration over Brown’s more liberal positions. Many of these voters hold religious views incompatible with the image of a leader marching in a gay pride parade. The PC Party’s concern over the religious portion of their base is apparent if you read the minutes of the caucus meetings from 2017. In one meeting, members were discussing marijuana and how some voters would never accept a provincial government who supported the recreational aspect of legalization.

Kathleen Wynne had opted for a government controlled approach, denying the free market the chance to create small businesses by siphoning profits from private companies to government coffers. The caucus was at odds with Brown who did not make any official policy proposals, but was privately in favour of a free market approach. Meanwhile, his caucus had already decided that sticking with Wynne’s plan of government controlled weed was more acceptable to many of their constituents.

There were countless points of contention between Brown and party stalwarts. Eventually, the stalwarts, with the help of staffers whom Brown trusted, plus a media all-too-giddy to destroy lives through unfounded accusations, successfully dismantled Brown’s tenure as leader. #metoo had been successfully weaponized against a powerful man who probably would have been Premier. Without due process, and with knives still dangling in his back from staffers and colleagues, Brown’s leadership ended, and with it the chance for a true big tent, Bill Davis-esque provincial government.

But then something happened that wasn’t part of the plan. Instead of an insider like Vic Fedeli, or an ambitious Caroline Mulroney, or a supposed star-candidate like Christine Elliott, the party delegates chose the bombastic, polarizing Doug Ford. Analysts credit his deal-making with social conservatives as the main reason why Ford was victorious, hijacking the most coveted demographic, and creating an uncertain future for the party in the process.

Once elected, Ford began a marathon of cuts that infuriated the electorate. The targets of his cuts were not just the impoverished, they were also touching on a huge part of his base; seniors. The healthcare cuts were seen as extreme as he did away with satellite health offices and watered down their ability to respond to remote areas quickly. The autism file also impacted seniors who were livid their grandchildren were being left in the lurch.

His team of MPPs also had issues. Perennial overachiever Lisa MacLeod had multiple gaffes, mostly due to her mishandling of the autism file. Vic Fedeli had been accused of sexual misconduct, while launching a defamation lawsuit against Brown in response to allegations levelled against Fedeli in Brown’s book, Takedown; The Attempted Political Assassination of Patrick Brown. I posted the leaked document between the accuser’s lawyer and a radio host, proving Fedeli had an accuser of his own while simultaneously chastising Brown for his own misconduct allegations.

Unfortunately, Ford was behaving exactly as most people expected once elected; divisive, undisciplined, saddled with issues of nepotism and cronyism. He had taken a landslide victory and wasted the political capital on the old idea of getting all controversial policies out in the first year. The idea is that voters will forget by the 4th year, and you will recover in time to campaign on giveaways and tax cuts in your next election.

The timing of the federal election did not provide enough cushion between Ford’s reckless style of governing and the federal conservatives’ potential reliance on the controversial premier. Ford was elected largely due to the support of pro-life groups, which translated into easy spin by the Liberals who were already busy warning Canadians that Scheer would either re-open the abortion debate, or govern like Ford.

Scheer made the calculation not to allow Ford to campaign for him, and it was obviously the right call. Ford was toxic to Ontario voters.

Since the election a few contributors have suggested that Ford’s absence from the campaign trail may have cost Scheer votes, but the damage Ford caused Scheer had already happened, and nothing short of a Ford resignation could have undone the damage he caused. Of course, he was only there because the rightful leader got whacked.

Imagine how valuable a moderate, Ontario conservative party would have been for Scheer. Imagine Scheer campaigning alongside a popular conservative premier who was not controversial, especially regarding austerity and social issues. Brown would have helped his federal counterparts get elected, but he wasn’t the premier. His colleagues had decided 18 months earlier that Brown’s moderate approach went against the party’s brand. The party knocked down the first domino, and they have to own the results of their efforts.

Their betrayal, and the media’s thirst for another #metoo scoop, ushered in the era of Doug Ford, demolishing all hope of victory for Scheer’s Conservative Party of Canada, due to the shady shenanigans of the Progressive Conservatives of Ontario.

That’s the math, and I’ve checked it twice.