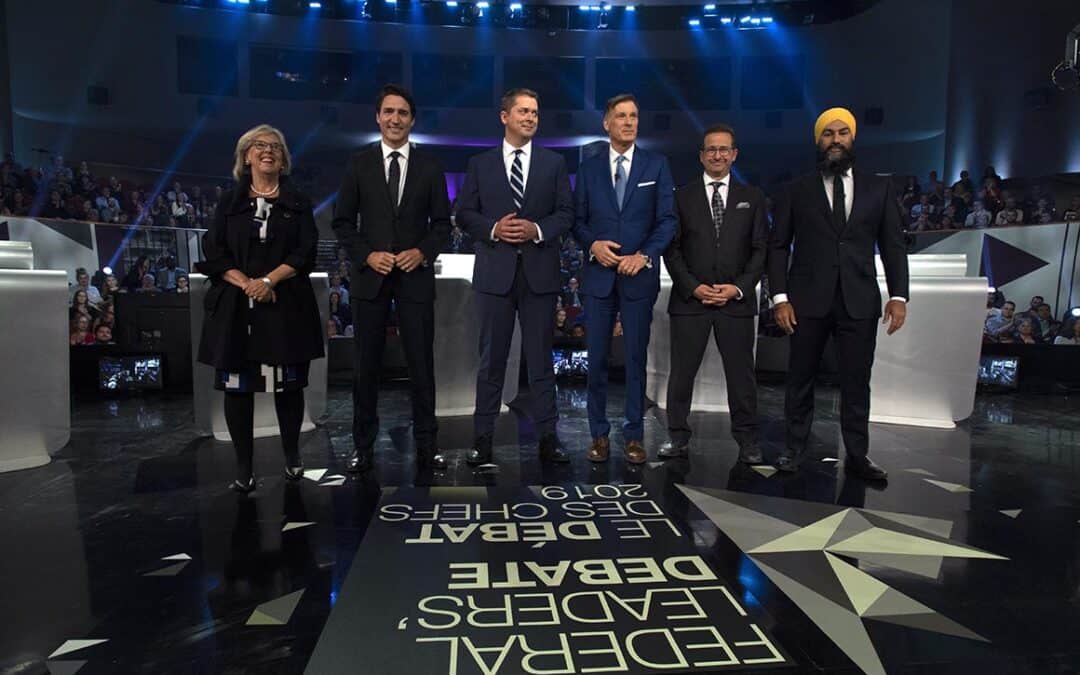 I almost bailed on watching the federal debate several times. In hindsight, I wish I had just opted for Netflix instead.

The organizers got the gimmick they wanted; a ridiculously convoluted format that seemed more like a way to give 5 journalists a chance to be in the spotlight, rather than to provide Canadians with the information we need to make an informed choice at the ballot box.

There was no clear winner. The format saw to that, and so picking a victor would be out of some sense of journalistic obligation instead of deciding who had the best performance. Each leader did have a moment or two, with the obvious exception of Bloc leader Yves-Francois Blanchet, who I personally think should never be allowed to participate in a federal debate in the first place.

Confession: I watched the debate on YouTube, and skipped every word Blanchet said from the stage. Separatists do not have my interests in mind, and so I have no interest in hearing their ideas.

One of the main issues was the different styles of each moderator. Some were strict with time allocations, some were fine with allowing leaders some leeway to finish a thought. But without a consistent method of handling these eager politicians the whole thing seemed disjointed, disorganized, and impossibly boring.

And let’s be honest, this really was about showcasing Canada’s female journalists. It was a political decision; a product of living in virtue-signalling times. Not that I don’t respect these professionals (with the exception of Lisa Laflamme who I believe unethically tried to pressure a young woman to exaggerate her claims against Patrick Brown last year), it’s just that a debate like this does not need 5 people to take turns trying to coral and moderate 6 leaders, even if they did moderate one at a time.

It should be noted that I think Canada’s best journalists are mostly female. But I really do believe the format was designed to virtue signal to the rest of us about modern feminism. Obviously this doesn’t mean I harbour ill will towards females in general, but the whole thing felt like an experiment gone awry.

Despite their best efforts, leaders talked over each other, went over their time limits, didn’t answer the questions asked, and tried too many times to pivot away from the crux of each issue. In a debate, the moderator sets the tone. Candidates feel their way through and will try to get used to the style of the person asking the questions. Switching the person who controls the tempo only adds to the chaos and deprives the audience of what could have been a more dramatic debate all around.

Still, there were some memorable moments, such as Andrew Scheer using his body language after being asked which candidate he wanted to direct a question to, or when Justin Trudeau mistakenly called Jagmeet Singh “Mr. Scheer” and Singh responded by saying that he and Scheer didn’t quite look the same, but those were rare moments. The bulk of the night was depressingly unimaginative, uninspiring, and lacked the substance many viewers were probably hoping for, even if they went in believing substance was not on the menu.

The predictability of the performances had me itching to close the laptop. Elizabeth May’s the-sky-is-literally-falling-on-our-children was no surprise, nor was the aggressiveness Scheer displayed towards Trudeau. Scheer opened with a reference to Trudeau’s blackface scandal before settling in to a barrage of name-calling, labelling the Liberal leader a “phoney” and a “fraud.” Maxime Bernier had his answers about immigration stepped on by all the leaders who seemed to have collectively decided beforehand that Bernier was a devout racist who wanted no immigrants to ever venture inside our country until the end of time.

Singh, remarkably, accused Bernier of using the debate stage to incite hatred, even though Bernier had not said anything controversial about the subject. Laflamme even opened the debate with a somewhat unfair accounting of Bernier’s tweets, as if that was the most pressing issue facing Canadians.

And finally, Trudeau, our fearless blackfaced leader, spent much of the night trying to defend his record, mostly by not really talking about his record. He sparred with Scheer over the SNC Lavalin affair and pivoted away from somewhat frivolous accusations of sexism and racism regarding the firing of former Liberal, Jody Wilson-Raybould. Actually, that was the most interesting caveat of the evening; watching Trudeau squirm over how he has handled his party’s semi-implosion by dancing around the social justice-laced questions and comments from the Conservative leader. Trudeau and Scheer seemed to have swapped philosophies lately, where Trudeau sounds less like a person interested in skewering those who don’t abide by the impossible standards of identity politics, while Scheer sounds like a man demanding the hard left position of using race and gender as a weapon to score points.

In other words, each leader borrowed the ethics from each other, while dropping their principles in the process. The one exception was when Scheer stated plainly that he was pro-life, an admission that many Canadians heard for the first time. Unfortunately, the bad moderating made hearing the second part of his statement almost inaudible, so progressive Canadians are probably still worried he will reopen the abortion debate, despite him saying he would not.

I guess a disorganized, chaotic, and nearly unwatchable debate is not exactly the right place for nuance.

In the end, with Trudeau making his sole English language debate appearance, this event was a dud. Perhaps in four years we can drop the need to feature a one-gender posse of moderators and settle on a well organized, substantive debate instead.