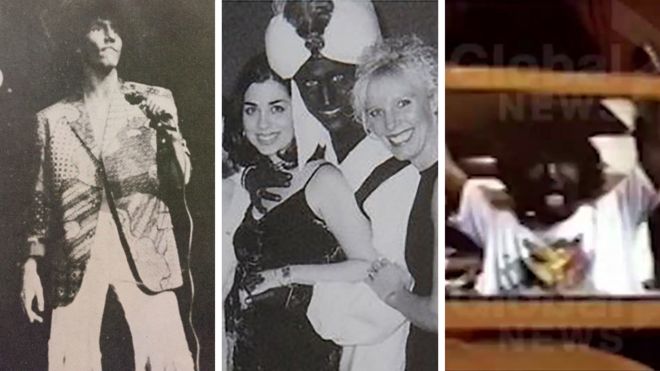 I wanted to craft the perfect opinion piece about the Trudeau brownface/blackface fiasco. I wanted to examine the issue from all angles – historical, privileged rich boy behaviour, the modern lens of social justice standards – when it dawned on me, all of that distracts us from the real story.

That Justin Trudeau was found to have donned racially insensitive makeup three times is a bad look, for sure. Let’s not be polite about it, Trudeau knew these images existed in 2015, and he sat on them hoping they would never see the light of day.

There’s a better reason why he wanted these images to remain hidden than the obvious – that Trudeau had engaged in racist activities. Explaining blackface might be uncomfortable, but the truth is all of us have an embarrassing moment or two where we must atone and ask for forgiveness.

But the main reason why he wanted these photos to remain undiscovered was because it betrayed his number one principle – that social justice demands punitive measures for any mistake a politician makes if said mistake touches gender, sexual orientation, or race, even if the mistakes occurred two decades ago. Those are his standards, and the standards of many of the progressive thinkers who support him.

It’s called Cancel Culture, and Trudeau and his Liberal cohorts, especially the ones who wanted to outflank the progressive principles of the NDP and Green party, went all in. They turfed two of their own MPs without due process. They lectured anyone who did not tow the feminist line, or the racially enlightened. They felt justified villainizing their political opponents for far less. To be blunt, they behaved as if the clutches of Cancel Culture would never touch their dear leader.

They were so, so wrong.

At the time of this writing, the tally of Trudeau In Blackface sits at 3; 3 separate times our prime minister has pretended to be a person of colour via an historically racist activity. La Presse is reporting that there could be more images waiting to be published. You can almost hear the simultaneous sounds of opposition snicker and government paranoia as we wait to see what could possibly come next.

What should come next is a reckoning, an adjustment in how we handle the sins from our pasts. To do this, two transformational shifts would need to happen. The first would require a complete revamping of left wing orthodoxy that requires people with past sins to walk the proverbial plank of Cancel Culture. For years this phenomenon of destroying the careers of people who made untoward comments a decade ago, or who behaved questionably in their 20s, has been allowed to permeate. Moreover, Trudeau himself has contributed to this ecosystem of gotcha politics, ingratiating himself to people who cheer-lead the destruction of entire careers for often silly or ancient missteps.

Teachable moments like this are rare. I reached out to two people inside the PMO and laid out a proposal where Trudeau dismantles Cancel Culture, admit it was a backwards philosophy, and ask for forgiveness for supporting the tactic for so many years.

Both of the people I reached out to thought my idea was ridiculous, for the record. After all, they had spent years crafting a public image of social justice and top drawer progressivism. Trudeau was their virtue-signalling, left-wing-keyword-using, uber sensitive white knight of feminism and equity. Today, that image is hanging by a noose, and the Liberal War Room is scrambling to find a way to repair it before Election Day.

The other opportunity for real, societal transformation rests with Trudeau’s opponents, the same opponents who have been vilified by Trudeau and his party since he took office. Conservatives are salivating at the chance to skewer Trudeau by using his social justice hypocrisy against him, but will that really have a lasting impact? After all, conservatives do not believe in Cancel Culture. For the past ten years they have watched an endless list of people have their careers dismantled by the mob, and they have rightfully, if not carefully, expressed their resistance to such an unforgiving, obstinate philosophy that has claimed many of their own candidates, including in this election cycle.

But that’s also the point; conservatives had an opportunity to rise above the nonsense they loathe so much and forgive Trudeau for his past behaviours, thereby potentially ushering in a new era of realism where people do not get slaughtered due to bad choices from a distant past. They could have set a new standard through leading by example. The conventional wisdom in politics is to hammer away at your opponent, or let them destroy themselves. But imagine Andrew Scheer standing in front of his airplane saying the following:

“Tonight, Justin Trudeau is feeling the same hopelessness many people who have made mistakes have also felt. He is facing the standards he has championed, standards that normally call for a resignation, not just an apology. But conservatives need to remain consistent to our principles, and while we share the public’s contempt for these images of our prime minister, we also know that everyone makes mistakes. That’s why we are not calling for an end to Trudeau’s time as Liberal leader, we are calling to end the trend of destroying people for terrible mistakes from 10, 20 years ago. Our hope is that Justin Trudeau will see the light and discontinue cancel culture, once and for all.”

That would have given Scheer more political capital than any grandstanding statement about moral authority, or how offended we all are over Trudeau’s unseemly behaviour.

Our virtuous prime minister used to dress in blackface, and while irony hasn’t yet struck his supporters who are crafting excuses for why he is the one man who is spared from Cancel Culture, perhaps they will eventually come to terms with the idea that everyone who makes mistakes should also be spared.