Trudeau’s Timid Debate Strategy An Affront to All Canadians 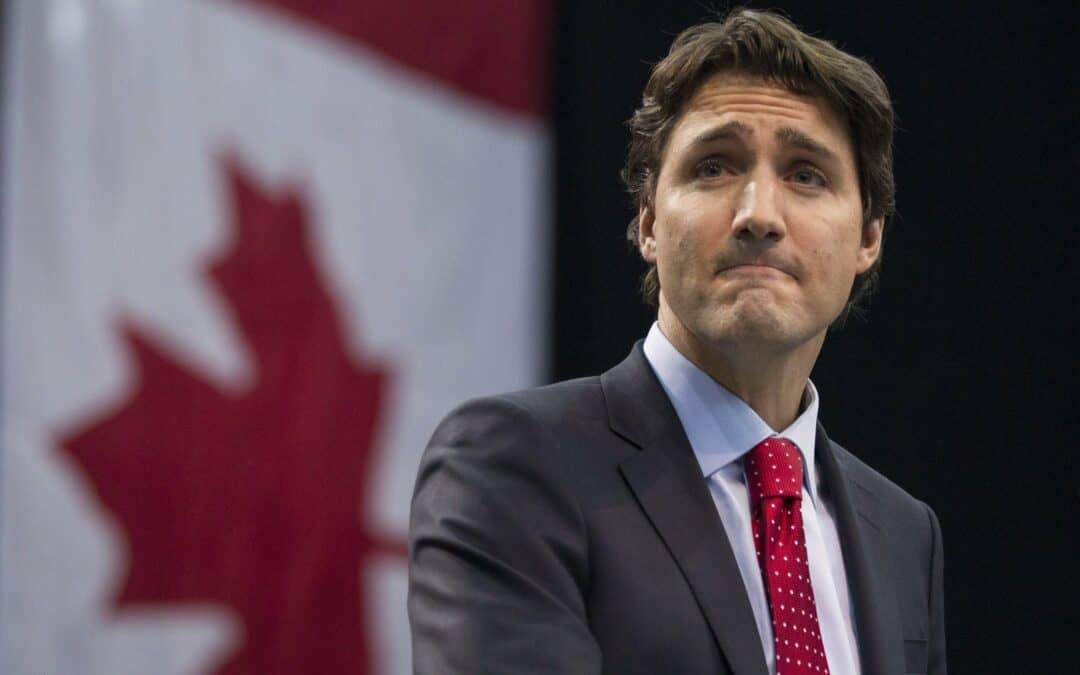 In politics, if you wanted to wrap and ribbon a gift for the opposition, you would portray yourself as the caricature they tried to design for you. And if you really wanted to give them everything, you would become their caricature willingly, and repeatedly.

Justin Trudeau has just sent a special delivery to Andrew Scheer, complete with shiny paper and a card that reads, “You were right about me.”

La Presse reported earlier this week that Trudeau is skipping three of the debates, sending a signal of profound weakness, an indication that he recognizes the public’s impression that Trudeau is not authentic, and not capable of speaking coherently about his government’s record.

Put simply, Trudeau’s team knows his personal brand, once the main pillar of his successes, is now his greatest weakness.

I admit; a few weeks ago when the rumours of Trudeau skipping the debates started to circulate, I was sceptical. I thought it was a ploy to get his opponents to talk trash about him and how he can no longer handle the pressure. I likened the strategy to a comedian who deliberately offends his audience, just to win them back by the end of his set. Trudeau could bask in glow of him playing the media and his opponents alike, floating that he was not going to debate only to join all the debates in the end. He could bookend the strategy by standing next to his opponents and hold his own against the onslaught of criticism. Instead, Trudeau has thrown in the towel.

I thought his advisers were smarter than this.

Trudeau’s refusal to participate in these debates – one hosted by MacLean’s, one by Munk Debates, known as the most preeminent debate organizer in the country) – means his most trusted confidants have deemed Trudeau to be his own worst enemy. They lack confidence in his ability to speak directly and intelligently on the issues that his government has long-championed, and they clearly believe that the more he debates, the more likely he will implode.

He was not afraid of the impact of being overexposed, and that may very well be the centrepiece of his downfall.

It’s worth noting that Trudeau strongly admonished Stephen Harper when the former prime minister declined to participate in several debates in 2015. Harper was still reeling from the Senate Scandal, and the opposition Liberals accused Harper of ducking the Canadian people.  And they were right, Harper was ducking Canadians.

Back then Trudeau would talk to anyone who would listen, and that included showing up to every debate and speaking effectively, targeting Harper’s shortcomings, and a yet-to-be-realized vision of his eventual government. He was the poster child for poster children, a charming, dynamic, good looking politician who the media loved to fawn over. He kept campaigning long after he won the election, a strategy of celebrity that kept his profile high and the media-friendly.

But then he wouldn’t stop. He just kept opting for photo ops and fluffy interviews. He kept inviting the press to watch him jog with world leaders. Gerald Butts and Katie Telford opted for style over substance, attempting to bank political capital off image rather than ideas. Many saw this problem way back in 2016, but the PMO just kept tapping that well until the water was gone.

Trudeau has been through a lot over the past 4 years. First Nation groups have called his government a failure, environmental groups have said he is basically a Stephen Harper clone, the energy sector is convinced Trudeau is trying to sabotage their industry, the SNC Lavalin scandal has eroded the trust of Canadians. All of this has played into the decision to not allow Trudeau to speak extensively to the public through these debates. His credibility is at an all-time low, and voters, especially non-partisan voters, see him as a leader running scared, whether the Liberal Party of Canada likes it or not.

I’ve written extensively on how Canada is a nation without solid leadership. Our quintet of party leaders (I am not including the leader of the Bloc for obvious reasons) proves that the separation between what party delegates want and what ordinary Canadians want is profound. We want strong leaders who will show up to the fight. We want leaders who will drop the media strategy once they take office.

But most of all, we want leaders who can defend their record without cherry-picking the arenas in which to face us, the voters.