Yaniv: It’s only dead-naming if he is actually trans 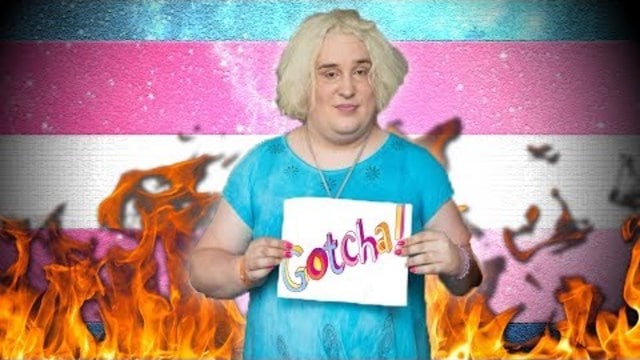 Why is everyone so afraid?

Recently, I wrote a piece suggesting that the person taking 16 estheticians to British Columbia’s Human Rights Tribunal is lying about being transgender. This individual, Jonathan Yaniv, does not deserve the benefit of the doubt, yet he is being enabled by those who think recognizing his alleged identity is more important than protecting the women and girls he has terrorized.

His list of scams and manipulations is surreal and horrifying.

And of course, taking all those women, mostly women of colour, to the Human Rights Tribunal for refusing to wax his male genitalia, is clearly motivated by a predisposition of profound dishonesty.

But for some reason, on the most important and disturbing facet of this person’s sad life, we have to pretend like he is completely infallible.

Societal polarization has created two opposite yet equally ridiculous positions on the trans issue. According to the far right, there are no such things as legit trans people. To them, it is a mental illness that requires therapy to overcome. According to the far left, there are no such things as fake trans people. To them, every last person who claims they are trans must be believed, no questions asked, even if the person claiming to be trans behaves like an online predator. Moreover, we are obligated to blindly believe the claims of a man who uses the trans identity to gain trust from underage girls who he then engages in sexually explicit conversations.

Imagine being the parent of one of the underage girls Yaniv has had sexually inappropriate conversations with, then tell me how credible you think he is. Tell me you wouldn’t suspect this dishonest provocateur of co-opting the trans identity for nefarious purposes.

The term deadnaming is supposed to protect transgender people. The idea is fairly obvious; do not deliberately disparage a person who no longer identifies with the gender they were born into by referring to them using the name or pronoun they no longer use. Fair enough, but human beings lie about everything, and to suggest that there is one specific topic that no human being would ever lie about defies logic, especially when some individuals have used different cover stories in order to gain access to minors.

I was recently a panellist on a podcast where I was disparaged for calling this man by his given name. All the usual tropes were trotted out; you are playing into the hands of the far right, you are not afforded the right as a cis-gendered person to suppose his trans identity is false, you are not the arbiter of who is or isn’t trans.

I stood my ground, but the takeaway was obvious; deadnaming is now considered on par with white people using the N word in both scope and offense. Even if the alleged trans person has a sordid history of heinous online behaviour, we must take him at his word or risk being labeled transphobic.

Which, of course, is 100%, unadulterated (and dangerous) bullshit.

There is a pattern long-established that activists have used time and time again to silence critics. The infallibility rule where members of a protected class are given immunity by the media, activists, and well-meaning individuals who prioritize a notion of perennial victimhood over criticism from somebody outside the protected class. For example, I once had my life threatened for daring to suggest that a Black Lives Matter co-founder was guilty of hate speech when she called white people “subhuman.”

By calling her out in a published article that went viral, I was deemed guilty of “punching down”, a term used by social justice practitioners when white people, especially straight white men, criticizes a minority. It didn’t matter that my criticism was legitimate, all that mattered was that I did not ‘stay in my lane.’

It doesn’t matter that prominent voices inside the trans communities agree with me either. Well known trans YouTuber Blaire White has said that Yaniv isn’t transgender. Like me, she believes he is a predator who uses a fake persona to ingratiate himself towards 15 year old girls. But I am not permitted to echo her sentiments. According to those who have called me out for being transphobic, I have to leave the commentary to other transgender folks.

That’s where we are now.

Of course, this idea of not being able to call out child predators for lacking credibility is not a sustainable one, and prioritizing the offense of deadnaming over the protection of children from a possible child predator is as asinine as it is authoritarian. It would be like banning white people from commenting on how they believe OJ Simpson is guilty of murder because he has black skin, or prohibiting men from commenting on serial killer Elizabeth Wettlaufer because she is a woman.

This is not where we have to be.

People need to stop being afraid. We need to stop acting like we must trade our common sense for some weird collective sense of politeness, rendering us unable to communicate thoughts that might be misunderstood, or deliberately decontextualized by the woke who walk among us.

It isn’t transphobic to call out sexual predators and deny them the unfettered ability to hijack the identity of a group of people who are already struggling to escape the stigma of being different. By coddling Jonathan Yaniv we are actually doing a disservice to the transgender communities, who, now more than ever, need allies who understand the importance of balancing respect with unfiltered honesty.