His name is Jonathan Yaniv 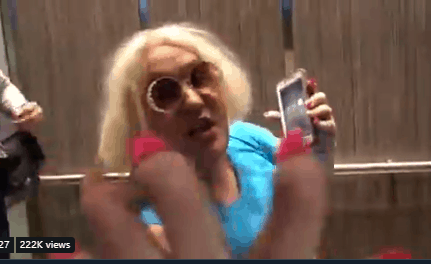 What the hell is happening in Canada?

By now we have all heard at least some of the sordid details of Jonathan Yaniv, who goes by the name Jessica Yaniv, and his 16 human rights complaints against female estheticians who have refused to wax his male genitalia.

But what most of the media is ignoring, with the exception of The Post Millennial, is that Jonathan likes to send sexual messages to underage girls. And, if the allegations are as damning as they seem, he has been doing this for years.

So let’s start at the same place where Canadian rabble rouser and Canadaland digital publisher Jesse Brown thought we should start; that this is a trans issue, and those of us who write about Yaniv are really just feeding our hunger to hate the transgender community.

I’ve already “deadnamed” Mr. Yaniv in this piece, and I will continue to call him a ‘him’, and by his male birth name. Why? Because I do not believe he is trans at all. I think he has attempted to co-opt the trans identity in order to get young girls to trust him.

The evidence is overwhelming.

A young Post Millennial writer, Anna Slatz, has been all over this story, going where legacy outlets refuse to go, and unearthing several girls and young women who have been allegedly victimized by Yaniv through private messages and phone calls. In other words, this is a prototypical #metoo story, only the mainstream media, with the exception of a couple of Post Media pieces, have been completely silent.

And it isn’t difficult to figure out why.

Jonathan Yaniv claims to be a transgender woman, but he behaves exactly like an online predator. This leads me to believe he is using the trans identity to gain the trust of young girls, similar to how pedophiles are attracted to the protective veneer of the priesthood. In fact, if Yaniv was anything other than an alleged transgender person, he would probably already be up on several charges, including child luring and harassment.

By using a false identity, Yaniv seems like a stereotypical predator, but by using the trans identity, Yaniv is being summarily ignored by outlets who are usually quite comfortable covering and even convicting men of heinous sexual offences. The overarching philosophy of not ‘punching down’ onto protected minority groups, championed by people who subscribe to the idea that the world should be viewed through the exclusive lens of Oppressed VS Oppressor, has muzzled journalists who do not have the courage to call out a probable sexual predator if said sexual predator is one of those protected minorities.

I have to hand it to Jonathan Yaniv – he saw the alchemy and thought his scheme was golden. He knew the media and the authorities would be less likely to investigate him if he was able to create an identity that created a glitch in the social paradigm, and he has been proven correct by the deafening silence of our nation’s talking heads and journalistic activists.

But the ramifications are stark. By ignoring the evidence that Jonathan might be a pedophile, our media and justice system are potentially endangering other victims. Moreover, social justice practitioners who used to side with anything that resembled the victimization of women have become enablers of this man’s behaviour. They are experiencing a paradoxical glitch where the identity of the alleged perpetrator happens to be the one group they tend to side with the most.

By the way, even the most popular trans personalities do not believe Yaniv is trans.

The next few months will determine if Canada’s justice system is serious about protecting kids from online predators, and what started as a case that involved the rights of trans individuals will evolve into a case where we can speak openly about how some predators use transgender people as a cover for heinous sexual crimes.

Or, if I am wrong about Jonathan and he really is Jessica, I suppose we will learn about how even a protected class of individuals can also have members who do heinous things. It’s ok everyone, every group has heinous people.

But on this, my money is on the white male masquerading as a trans person, and not a “transwoman” who has gone rogue.

Call it a hunch.

The question is whether or not the guardians of all things decent will gather the necessary bravery to cover a controversial story about a person who claims he is trans. Thus far they have not been brave enough to answer the call, even though most of claim they know a sexual predator when they see one.