Canada and the post-modern art of Genocide Light 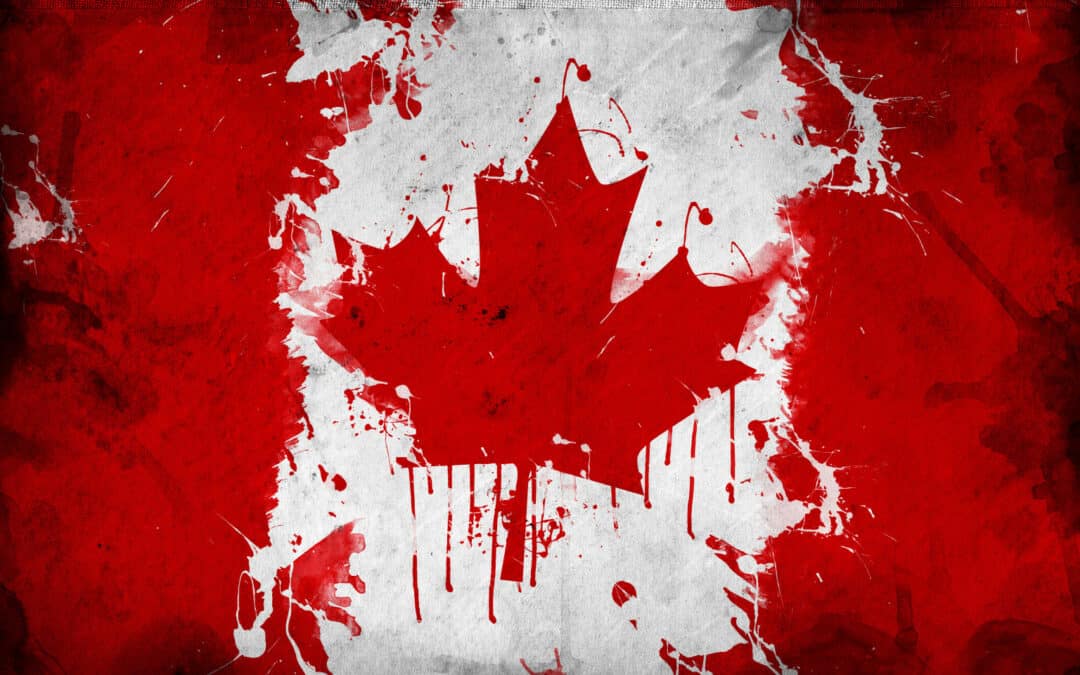 Nazi Germany. Rwanda. Canada. One of those countries is now just like the others.

When I lived in Saskatchewan as a reporter for a small town paper, I witnessed things I had never seen or heard before as a resident of Ontario. One night a co-worker invited me over for beers. We sat with a couple of his friends on his back porch and talked about nothing while swilling Molson Canadian. About an hour into the evening our host brought out a shotgun and said “Who wants first blood?”

His friend grabbed the rifle, stood up and fired a shot. I could hear a yelp just after he fired, causing everyone but me to shout and offer the guy a high five. He shot a coyote from about 150 yards, an apparent right of property owners who viewed coyotes as a nuisance. A part of me tried to understand the outlook – that coyotes eat farm animals and pets, so there is a good enough reason to deal with them, but my lack of rural experience just made me feel for the animal. But mostly I was taken aback at how causing immeasurable pain to something brought joy to these young lads. I couldn’t identify with any of it.

As I plotted my departure (I witnessed 3 more shots, followed by 2 more yelps, the one guy missing his target) I began to try and make conversation, thinking the distraction would save the life of a coyote. It was during that conversation that I discovered my first taste of overt, explicit racism against Indigenous Canadians. It came after I asked my only probing question.

“What do you think about before shooting those coyotes?” I thought I was being semi-philosophical, and then my host answered immediately.

“I just imagine it’s one of those native guys from the bar,” he said.

I looked around. None of them seemed uncomfortable at the joke. On the contrary, all of them nodded and laughed.

I decided to walk home, completely floored at what I had heard. Maybe being from Toronto made me a little sheltered from the blatant racism that exists in Canada, but the extent to which they seemed to relish on the idea of natives being worthy of being shot for sport was daunting. It was also enlightening.

Canada is a racist country. That doesn’t mean that everyone is a racist, or even that a majority of our citizens are racist. It means that no matter where you go in Canada you can find racist attitudes, overt or disguised, and much of it is ingrained in our history. If you are white you have certainly heard the overt racism, the subliminal racism, racism disguised as a joke, the transparently obvious racist joke, and the flustered sigh of a person who implies that the brown guy is either lazy or incompetent.

Some white people ignore racism. Others don’t notice it at all. Some tolerate racism, and others use race as a moralistic, foundational barometer. That last category – the deliberate ideological racists – is the smallest group. It is extremely rare for your pale skin to be surrounded by those who worship its paleness. It’s just not all that common.

When I read the summary of the Murdered and Missing Women and Girls report, the one that declared those specific crimes to be evidence of genocide, I was left with the feeling that the committee responsible for its completion went well beyond the scope of the inquiry, settling on an abstract idea of the ‘racist state’ to reconcile its conclusions. However, it failed to account for the identities of the actual killers, overwhelmingly Indigenous perpetrators, and instead settled on a broad brushed analysis that seems to suggest that because of historical atrocities, and there are many, any and all instances of violence can now be attributed to the state, even if the state did not direct, participate in, or cover-up the murders.

Not long after the Truth and Reconciliation Commission reached the conclusion that Canada was responsible for cultural genocide, Canada seemed more united on Indigenous issues than it had in years, possibly ever. The late Gord Downie was using his last months on Earth to raise awareness of Indigenous issues, and for the first time in my life I thought I could see light where there was once only division.

All of that now seems like a dream long evaporated.

This declaration that Canada is responsible for the deaths of Indigenous women who were mostly killed by Indigenous men will blow the dust off of old divisions within our country, punctuated by armchair pundits who believe they know more than Romeo Dallaire, or Irwin Cotler – people with experience in studying or witnessing actual genocides in different parts of the world. Moreover, actual racists, like the ones I encountered in Saskatchewan many years ago, will feel their bigoted views have been vindicated as they retreat to their false narratives that tell them Indigenous people are dishonest, looking for a handout, or trying to play the victim.

Justin Trudeau is helping to foster these divisions by agreeing with the conclusion of the report, meaning we have a leader who is too afraid to go against modern progressive orthodoxy. Worse, his public admission means Canada is now the only western nation to identify as a country who is still committing crimes against humanity against impoverished people.

There’s a new adage making its way across the modern digital space, mostly used by proponents of the so-called Intellectual Dark Web, or people who are simply tired of identity politics. It goes like this; many people are more concerned about being right than they are about being effective. Calling a tragedy like the Murdered and Missing Indigenous Women and Girls a genocide might feel like the right thing to say, but it is clearly not an effective way to unite the country in a worthwhile cause – to right the wrongs of the past and help Indigenous communities become healthier, independent and compensated for historical and present day injustices. Instead, all we are accomplishing is the demonization of one of the planet’s most vibrant, diverse, and progressive countries.

Nazi Germany. Rwanda. Canada. Despite the noise, one of those is not like the others.