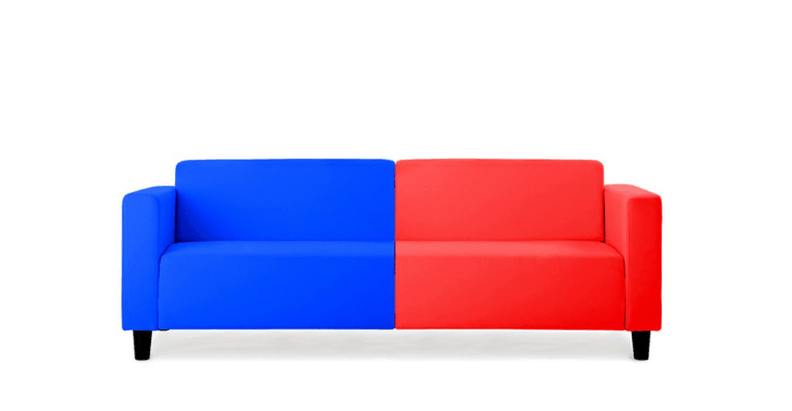 My wife and I are at war with Bell Canada.

They told us they were giving us complimentary data for a mix up on a previous bill, but instead they just changed our plan and made us pay for the data they gave us, totalling around $700.

Then they said they could not provide us with the bill to show the details of the charges, because of some automated process when a person changes their data plan, even though we did not change our data plan.

Often they resort to disconnecting the call, forcing us to have to call back and start the entire conversation over with a new customer service rep. Then, after my wife snares the representative using her ninja like logic and communications skills, they dole out their boilerplate responses, flimsy deflections, and mindless rebuttals. They take zero responsibility for the screw up and attempt to move on without reconciling the situation.

The closer we get to the federal election, the more Liberals and Conservatives remind me of Bell and Rogers, the two most reviled, least trusted vessels of shitty products and services this country has ever known. Through their political duopoly, the Libs and Cons have fostered such a profound lack of confidence among ordinary Canadians that their promises of free stuff can’t mask the dysfunctional relationship between us and them.

Like the duplicitous, gouging telecommunications industry in Canada, our two main parties promise us the best package of goodies, then delivers an inferior product. They placate us, telling us that we are valued, that a lot of people feel like we do, and that we will eventually find satisfaction.

But we already know we have value. We all instinctively understand we are getting stiffed. We instinctively know that those red and blue entities are social clubs of corruption and hypocrisy. We just don’t know what to do about it.

The Liberal Party of Canada, as it tries to recover from the SNC Lavalin Affair, is in the middle of an unplanned rebrand. An election is on the horizon, so a pile of those promises it made when it was elected in 2015 have resurfaced as they attempt to soften the damage done by their own actions and statements, coupled with a relentless attack by the opposition. The Liberals are even watering down their more signature stances as they take a far more moderate approach on refugees and asylum seekers. The wind blew, and the Liberals blew with it.

Meanwhile, the conservatives are telling Canadians that the Liberals are too corrupt to govern, and that the Canadian public need to trust that their party is the obvious replacement for these corrupt, virtue-signalling liars. These are the same Conservatives who gave Canada an assortment of scandals and stunt legislation drafted just to make political statements against ‘activist judges’, burdening the courts who consistently ruled against the constitutionality of the legislation.

If you strip away the ideological underpinnings (let’s be honest, those underpinnings are mostly about raising money rather than nurturing principles), what you are left with are two nearly identical parties whose primary objective is to increase its customer base…I mean voter support. All that sounds perfectly normal, until you realize that political survival depends entirely on party loyalty. Less than 5% of total Canadians are card-carrying members of a political party, yet those parties are the mechanism that controls the progress of our society.

The method to monetize support, not unlike telecommunications firms, is to bombard us with messaging – telemarketing calls, endless emails, and an irretrievably incompetent base of employees who have no real answers for our understandable enquiries as to why they keep screwing us. Even when they say they are saving us money, they end up costing us more in the end.

When you are with one giant conglomerate, the other doesn’t seem so bad. But once you have committed to one, an acute case of buyer’s remorse kicks in for those who are not interested in waving pom poms for anybody.

Bell doesn’t deserve our money, but we don’t see Rogers as a viable replacement. We’ve been with Rogers before. We are already familiar with their shortcomings.

We need to understand the immense power the Liberals and Conservatives hold in this country, both historically and presently, and then realize we can always vote for someone else.

Does anyone have the number for TekSavvy?