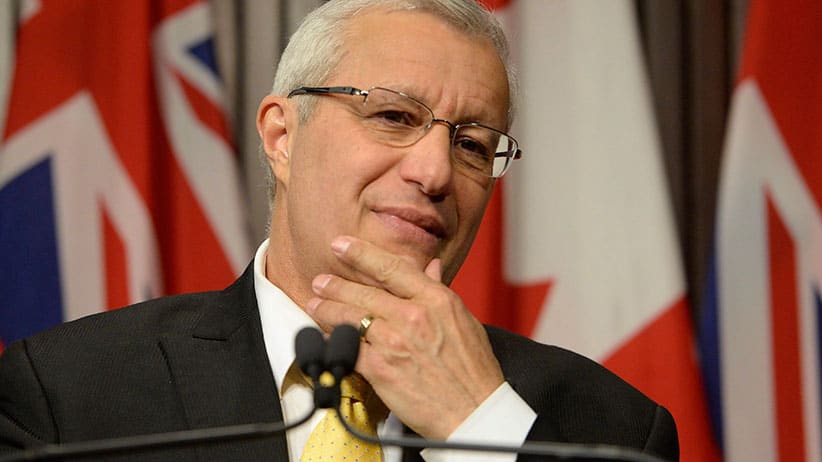 Finance Minister Vic Fedeli, who last year acknowledged being accused by a former staffer of sexual misconduct, is now claiming he had no knowledge of the complaint until months after the accusations were first brought to former PC leader, Patrick Brown, according to court documents obtained by Blackball Media.

The filings, a reply to the statement of defence in the Fedeli vs Brown defamation suit, says all allegations against Fedeli are part of a scheme, a product of a false accusations by a disgruntled ex staffer who was terminated by the party shortly after Fedeli was named interim leader.

In his lawsuit against Brown, Fedeli alleges Brown’s book, Takedown: The Attempted Political Assassination of Patrick Brown, made “numerous false and defamatory statements” about Minister Fedeli, despite the existence of the allegations confirmed by several news outlets before the publication of Brown’s book.

Fedeli claims to have first become aware of the allegations on February 6th, 2018. He has since denied the sexual harassment accusations, and was one of the prominent conservative voices calling for Brown’s resignation in early 2018 after Brown was accused by two women of improper behaviour. As interim leader, Fedeli was regularly criticizing Brown, referring to him as “the rot of the party” and publicly stating “I believe the women.”

Under Fedeli’s brief leadership, the party made workplace safety for women a main topic of discussion. When Fedeli refused to sign Brown’s nomination papers he held a press conference where he said, “One of my first actions as leader will be to work with my human resources department to strengthen our workplace violence and harassment policies. No one should ever be afraid to speak up.”

The difference between how the two men were treated by the PC Party seems to lend credibility to Brown’s version of events; that he had been ousted by a party who held him to a higher standard than Fedeli.

Brown went on to sue CTV, the network who first reported the accusations, for 8 million dollars. That lawsuit is still ongoing.

In his book, Brown claims to have received a hand written letter from the complainant in December of 2017. The book also says Fedeli was notified of the accusations while Brown was still leader.

Brown’s claim that Fedeli was informed about the allegation while Brown was still leader would mean Fedeli allegedly terminated a woman who was actively accusing him of sexual misconduct.

Sources within the PC Party who spoke on condition of anonymity said the idea of the party shielding these allegations from Fedeli after Brown’s resignation is “next to impossible”, especially given the climate of #metoo and the controversies swirling around the party. At the time, along with the accusations against Brown, another report about the former PC Party president, Rick Dykstra.

Fedeli’s claim that he was unaware of the allegations util Feb. 6 means he was in the dark despite the accusations being known by some party officials and members of mainstream media outlets for at least a week prior to Feb 6.

For example, on January 30th, 2018, lawyer and Brown friend Joe Villeneuve, who worked for the Tory law firm Zuber and Company, was reported to have raised the ire of PC Party officials after he took to social media and heavily criticized the party for their handling of the Brown accusations. Villeneuve, who had already quit working for the party, included in his criticism a reference to Fedeli’s alleged double standard pertaining to accusations of sexual misconduct.

According to Fedeli’s court filings, the woman “made a false complaint of sexual harassment and misconduct after her employment was terminated, together with a demand for payment of money.”

The woman’s identity remains confidential, yet she is known in media circles, and among members of the PC Party.

The question of when Fedeli knew about the allegations is a key fact to the story behind the leadership transition from Patrick Brown to Doug Ford. As interim leader, Fedeli had ordered that non-essential staff from the Office of the Leader of the Opposition (OLO) be terminated without cause and given the appropriate severance. Fedeli’s accuser was among those terminated.

The original complaint, written by attorney Judith Wilcox and sent to a member of the media, was distributed to certain journalists and published by James Di Fiore, the author of this post. The tweet was referenced in the court filings referred to in this document.